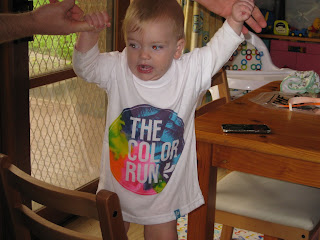 DGS got in on the act...this is the pre run shirt so nice and clean. Unfortunately after a long train ride and being faced with about 50,000 people he lost the plot so mum and dad took him home. 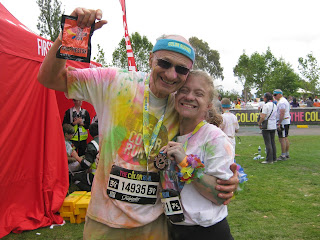 DH and DD2 after the event 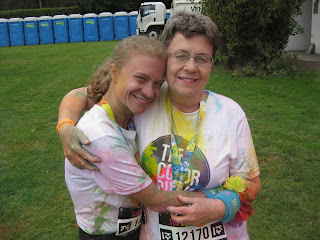 DD2 and me.... somehow I managed to stay relatively clean and I avoided the slime! 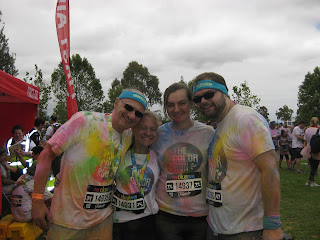 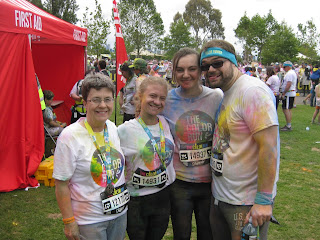 Another family shot. The son's GF loved her quilt too which was given to her on Thursday. 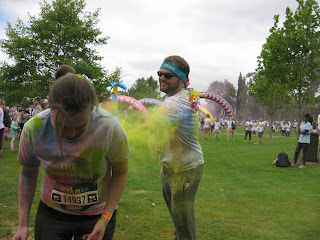 This is the way the colour goes on... well this was a freebie at the end. I think there was a big throw but with so many people around we all decided we needed lunch and a hot shower.

5 years ago today was the first colour run I think and we did it as a tribute to DS1 who fell asleep 5 years ago and forgot to wake up. Miss him but this was a fitting tribute as he would sooooo have done this,probably with his little sister. Thoughts go out to my friend Jo too as this day is a hard one for her as well.

Today is the second year for saying thank you to those heroes and their families who at a time of great pain and grief give so generously to strangers.Organ donation is hard enough to do but from the mum of a recipient, once again I say THANK YOU especially to our donor family but to all those others that give. 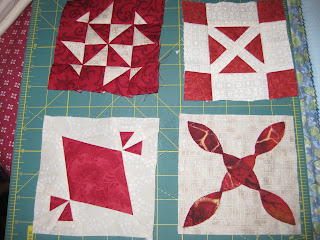 Here are the Nov Dear Jane blocks,3 easy, 1 harder but not so hard that I couldn't manage them all in an afternoon/evening.

Enjoy the heat today and once again Thank you to all donor families.
Posted by elliek at 9:57 AM 6 comments:

A host of angels 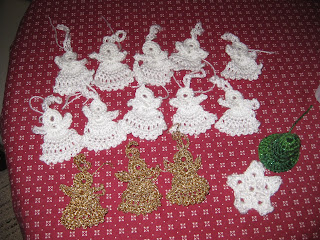 I have been crocheting lots of angels and I still have more to do. I like giving Christmas ornaments to friends and these will go to friends at TCF as we all have our own angels. Pattern c/o Spotlight which I tried to download but  couldn't, then found it in a freebie on the shelf. Also tried my hand at a star and a bell but the angels win. 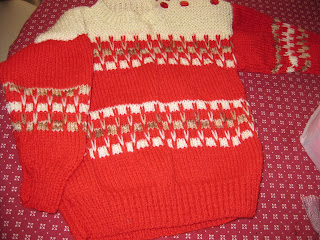 This is the jumper that I knitted for GS1 for next winter.Looks huge but the way he is growing it should fit 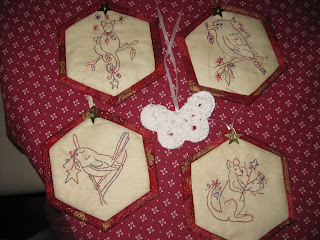 On Weds I had a lovely sewing day with a couple of sewing friends. Managed to do all the embroidery on Michele's little critters that I had traced out. Finished them off the next day. Really loved making these Michele and will probably do another couple.
The butterfly is for DH's niece who is getting married on Dec 3rd. Those that know me , know why I am giving her a butterfly and not any other "wedding" favour.