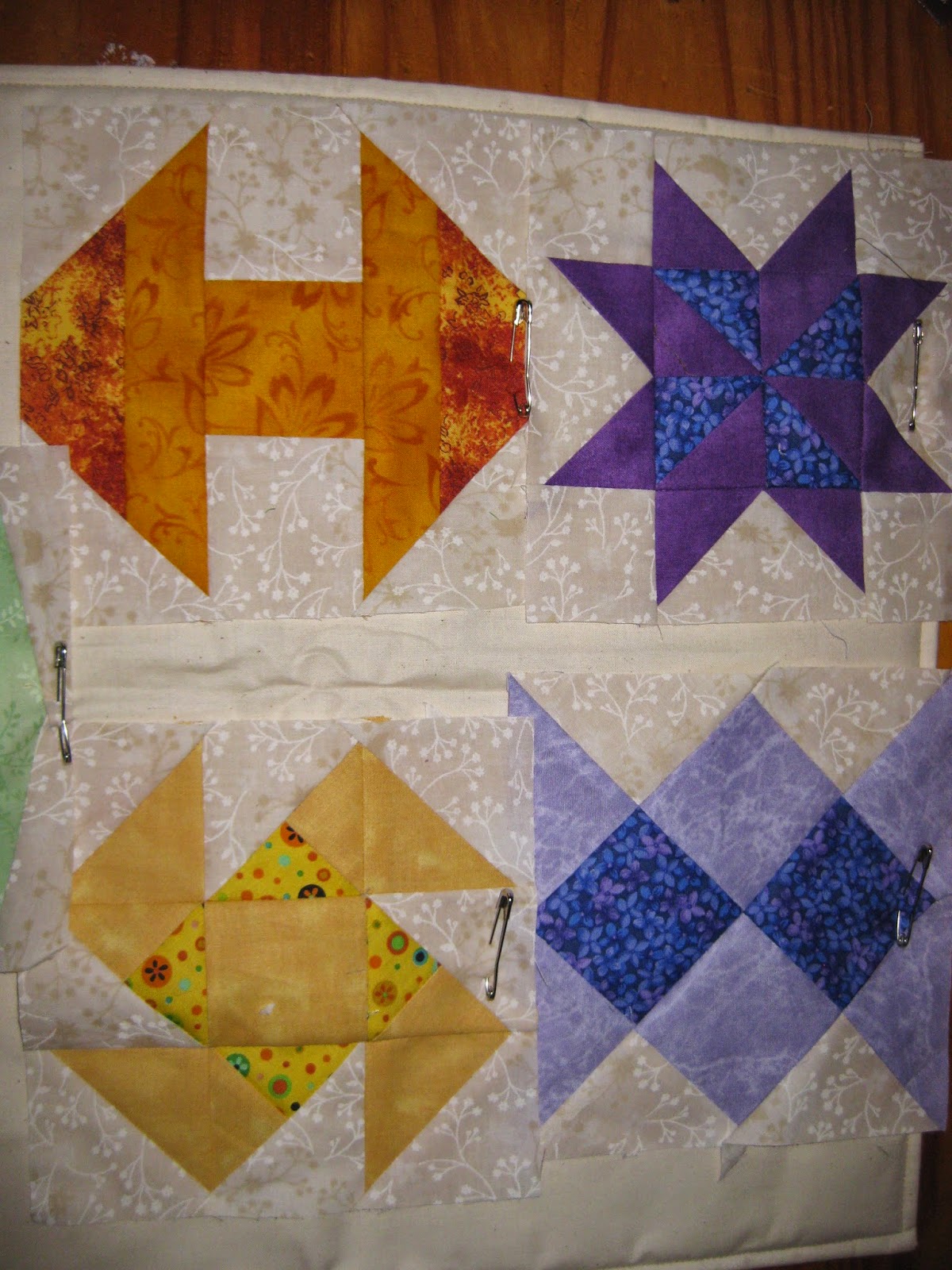 Stand on your heads folks but here are the August blocks for the Honour quilt.The orange one (TL)Francis Patrick Anderson was 23 yrs 8 months old when he was killed by a direct hit from a shell.He was buried in the field.
(TR) James Joseph Freyne, was reported as missing in action on 3rd May 1917 and was officially deemed to have died on 3rd May 1917 aged 21 yrs. I love this one I am just a purple gal!
( BL) Joseph Crawley Maree has written that she likes to think he was a bit of a lad as he was charged with being drunk on active service and breaking away from his escort.In Dec 1918 he went AWOL while on leave in UK, a court of enquiry declared he was missing in Jan 1919. He obviously reappeared as he was admitted to hospital with influenza which caused his death on 12th Feb 1919.  a bit wishy washy this block but....
(BR )Frank Chalmers was killed in action when he was 31 yrs old. 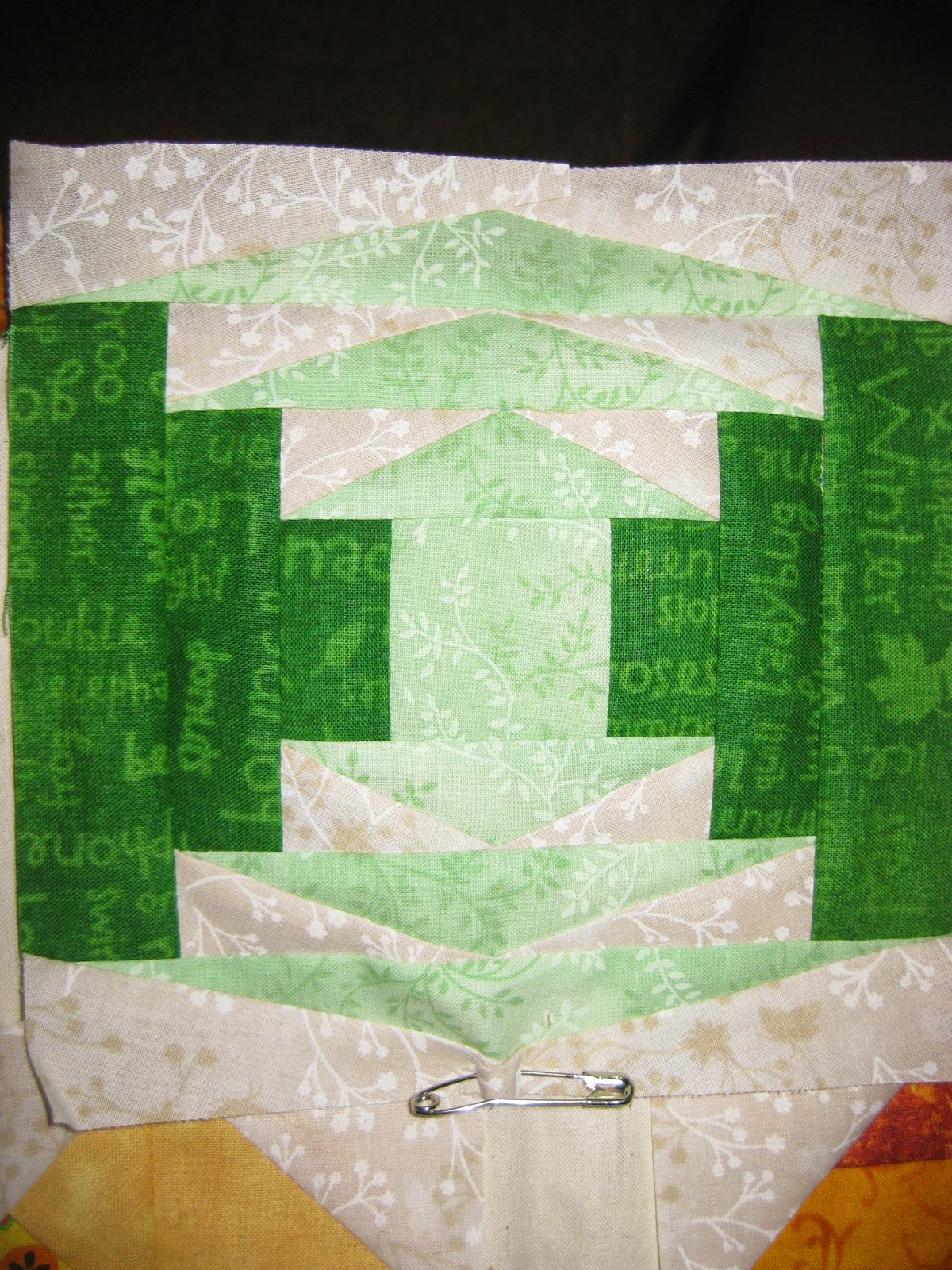 This is a bit brighter in the flesh but the flying geese can just be seen.This is George Weir . he enlisted and then deserted two weeks later. Can see his reasoning but he was found and embarked on the Nestor on 2nd Oct 1916.He was killed in Belgium in 1917.
The more I hear of these brave young men the more I loathe war. It is just a senseless waste of young lives and although they are long dead my heart goes out to the mother's, father's, wives and other relatives that lost these young men. Unfortunately we have other "wars" that cause the loss of young lives nowadays and that breaks my heart.

My prayers are with my sister-in-law (and niece) as they hope for a good outcome from an accident that has put her son-in-law (and husband) in ICU. If you are that way inclined please add your prayers to mine for Reece. 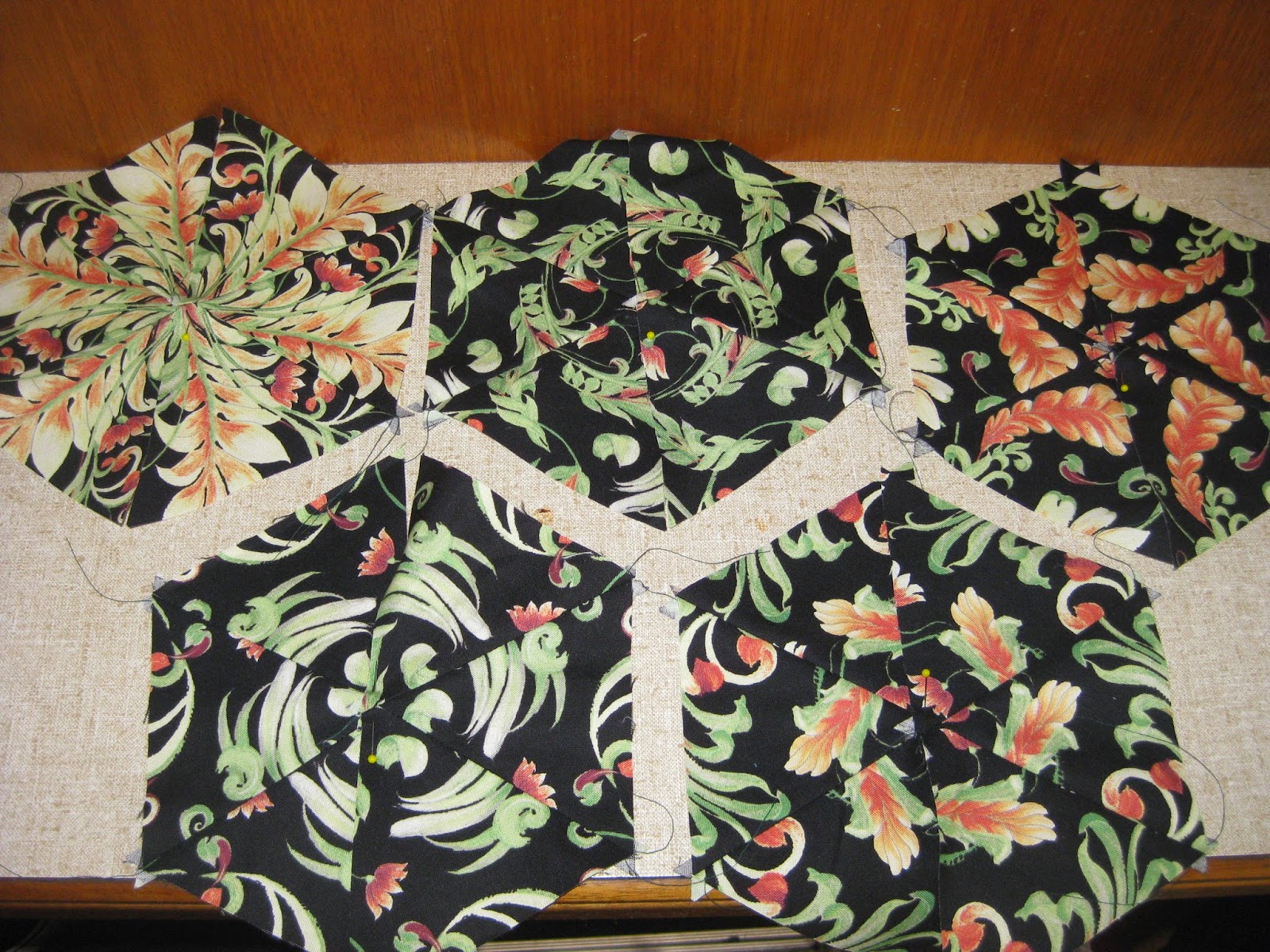 On Saturday morning about 21 of us descended on Kilmore Memorial hall and had a One Block Wonder workshop with Annika and Karin. They took us through the lining up of fabric, picking the repeats and then the cutting of the pieces for each block. Here are some of my blocks... I managed 19 cuts in 2 strips so have 38 blocks to play with.I have done kaleidescope quilts before and my DD1 reminded me that I vowed never to do another. Ah well I can always change my mind! This was actually very easy so I aim to do at least one more. The blocks are pinned together so they do look a bit off but I think they are going to look great. 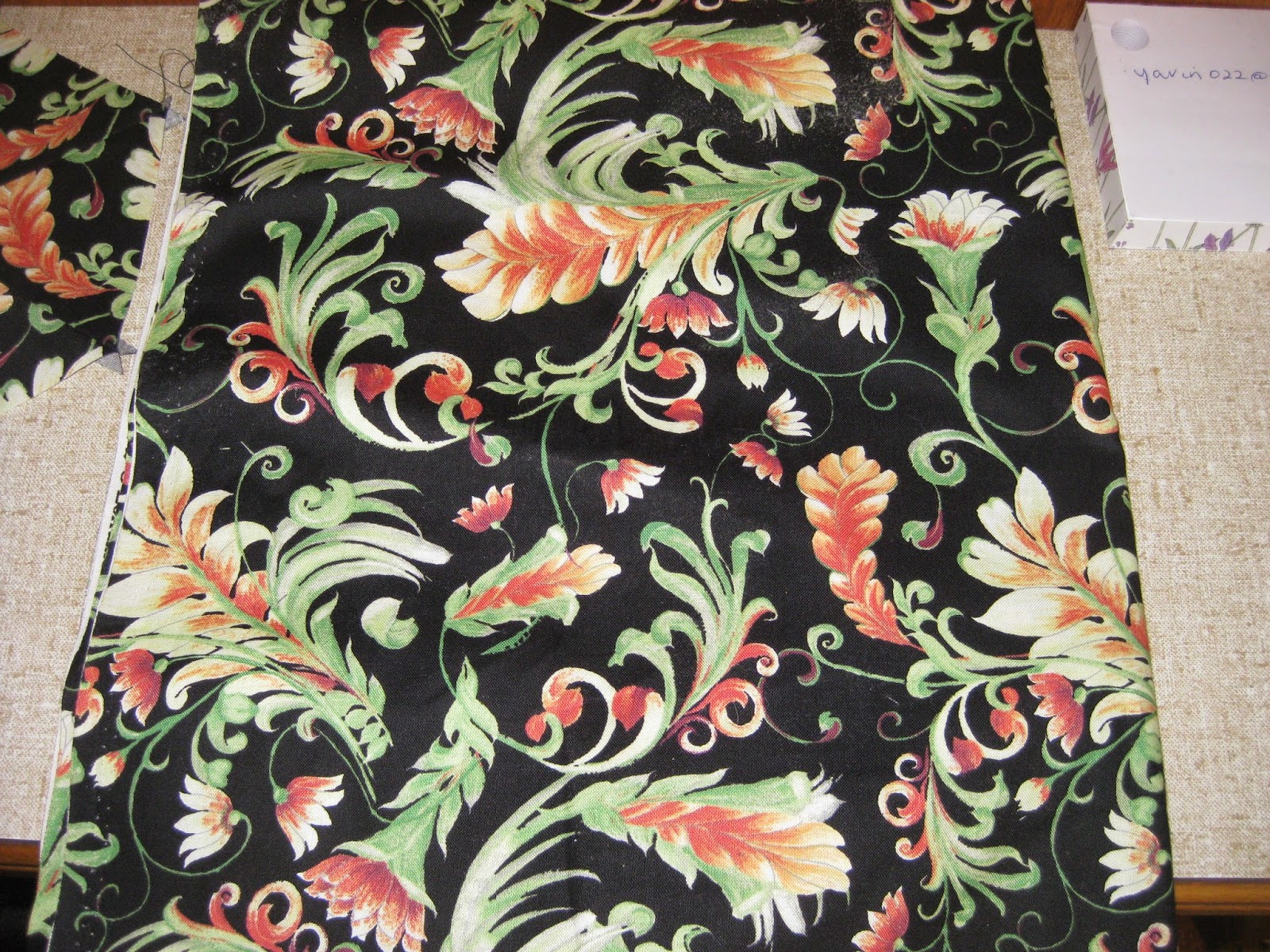 Would you believe that this is the original fabric that I used to get the above blocks? The funny thing is that some of the hexies screamed" this is the way I need to be sewn" and others went either... all 3 ways looked great  or hmmm not sure I like any way. Thanks to A and K for a great day. I think we all had a wonderful day.

Stayed tuned for the finished product, may be a while away. Off now to look at the next 5 blocks of my Honour quilt.