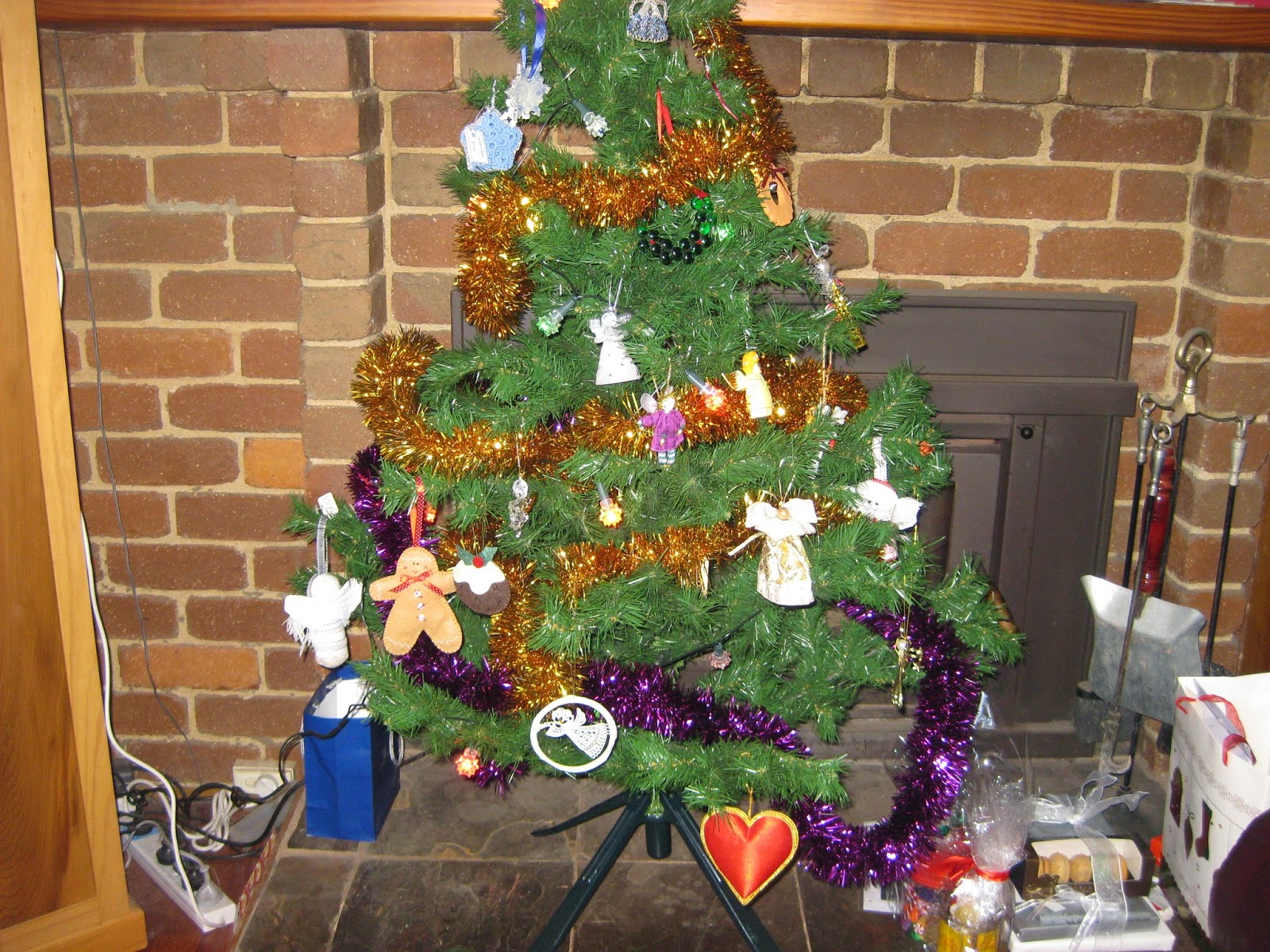 ... well it's not cold, wet(snowing) or dark at 4 p.m ( being English this is what I grew up with and even after 38 years in Australia I still can't get used to a hot Christmas .. ah well)  but it's as close as I can get. Finally got the tree up and decorated but it's not as good as usual. Still it's up. 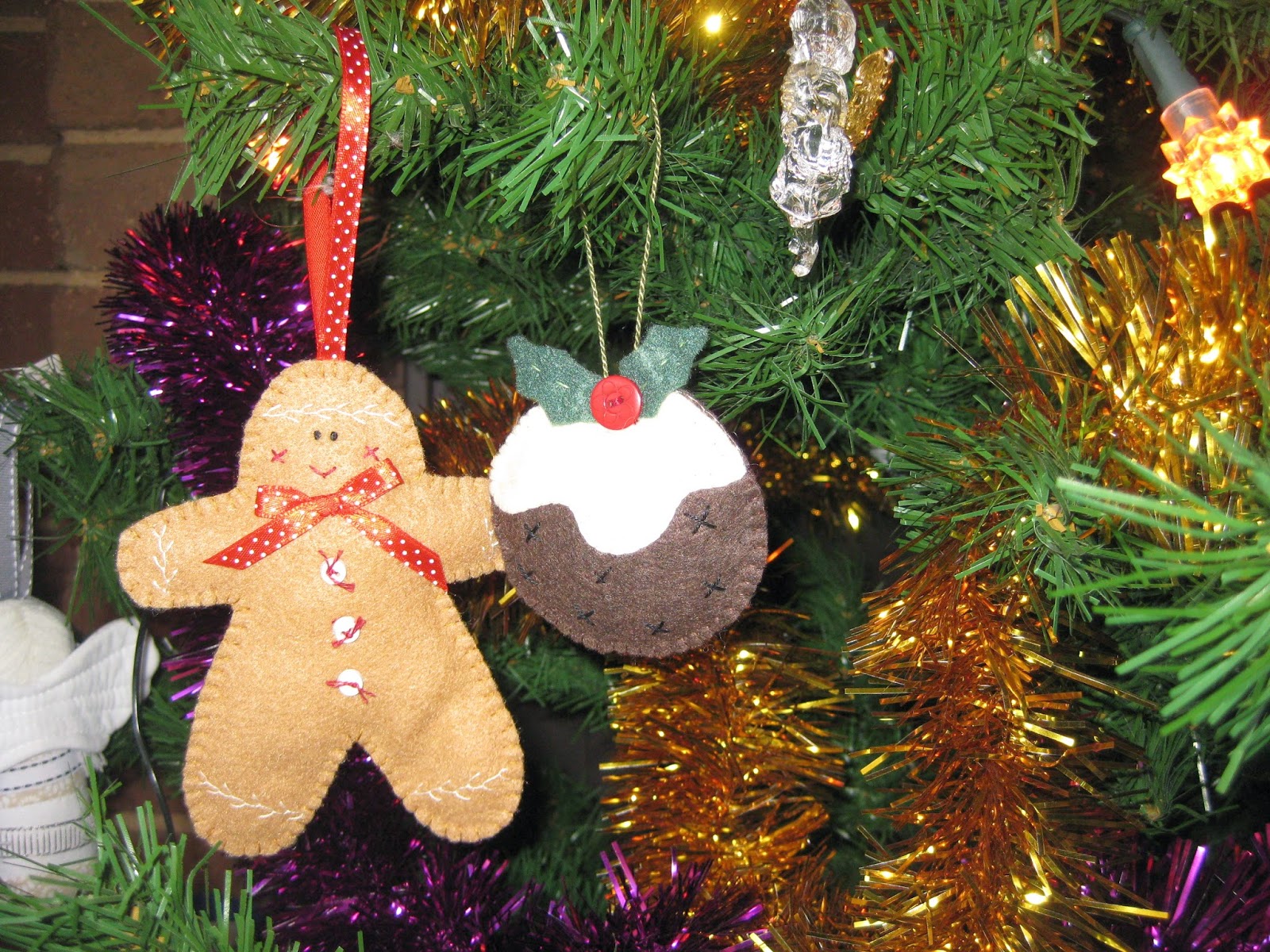 I too was lucky to get a gingie from Michelle and as you can see it's right next to the pud I got last year. Thanks Michelle, you are a gem.Love them both

Wishing you all a very happy and safe festive season.

Tis finished and a proud moment 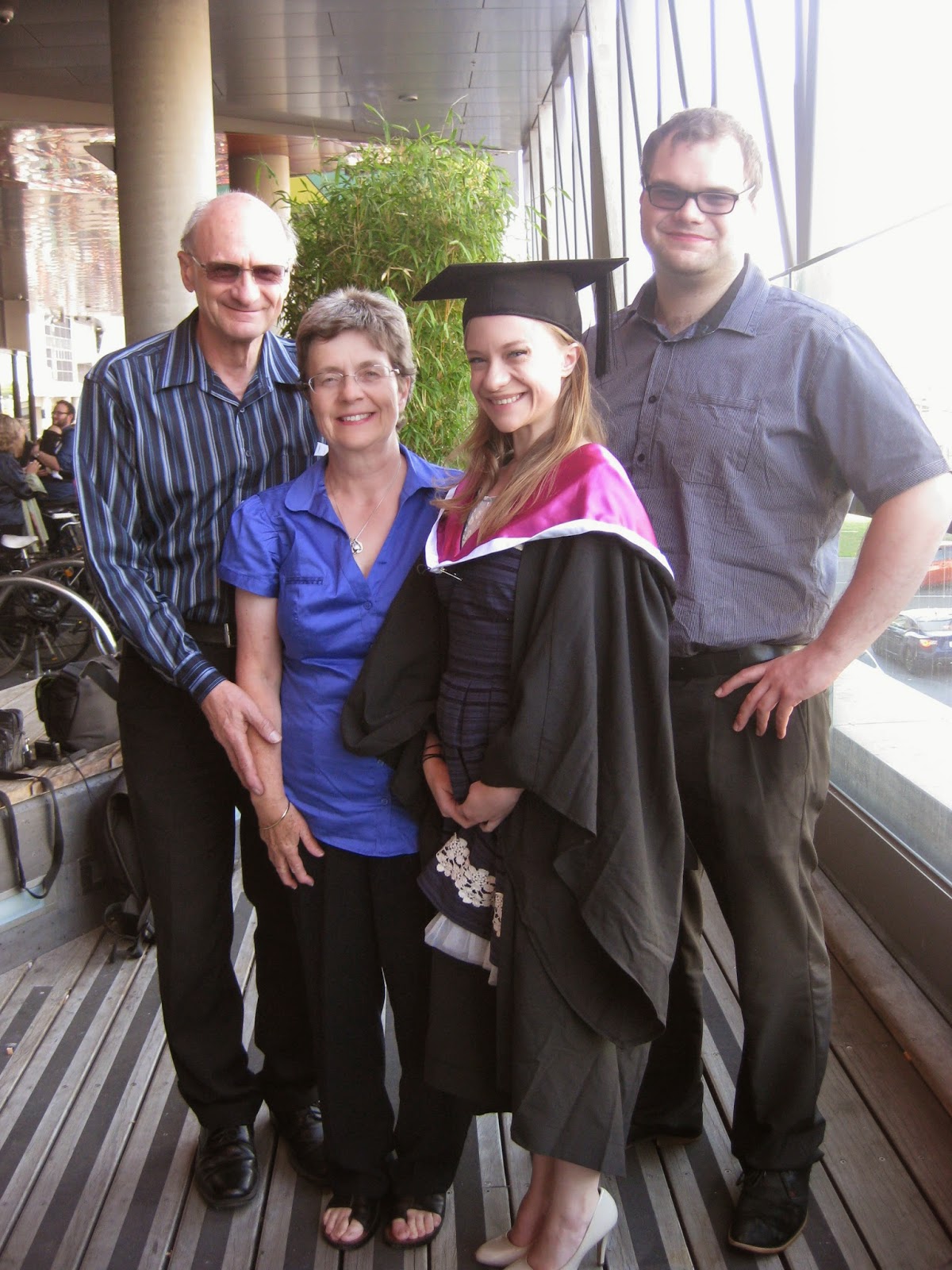 On Weds night, with about 2500 other young men and women at Etihad Stadium, my beautiful DD2  graduated with a Bachelor of Nursing degree. It has taken her a while due to a broken leg and foot and a couple of other health issues but finally.... She did it!!! So very proud of all my children. I can now have the gallery of graduation photos instead of the baby photos. DS2 also pictured is in the middle of a double Masters degree in translation so will be off to Lyon in August next year for "12" months to complete that. 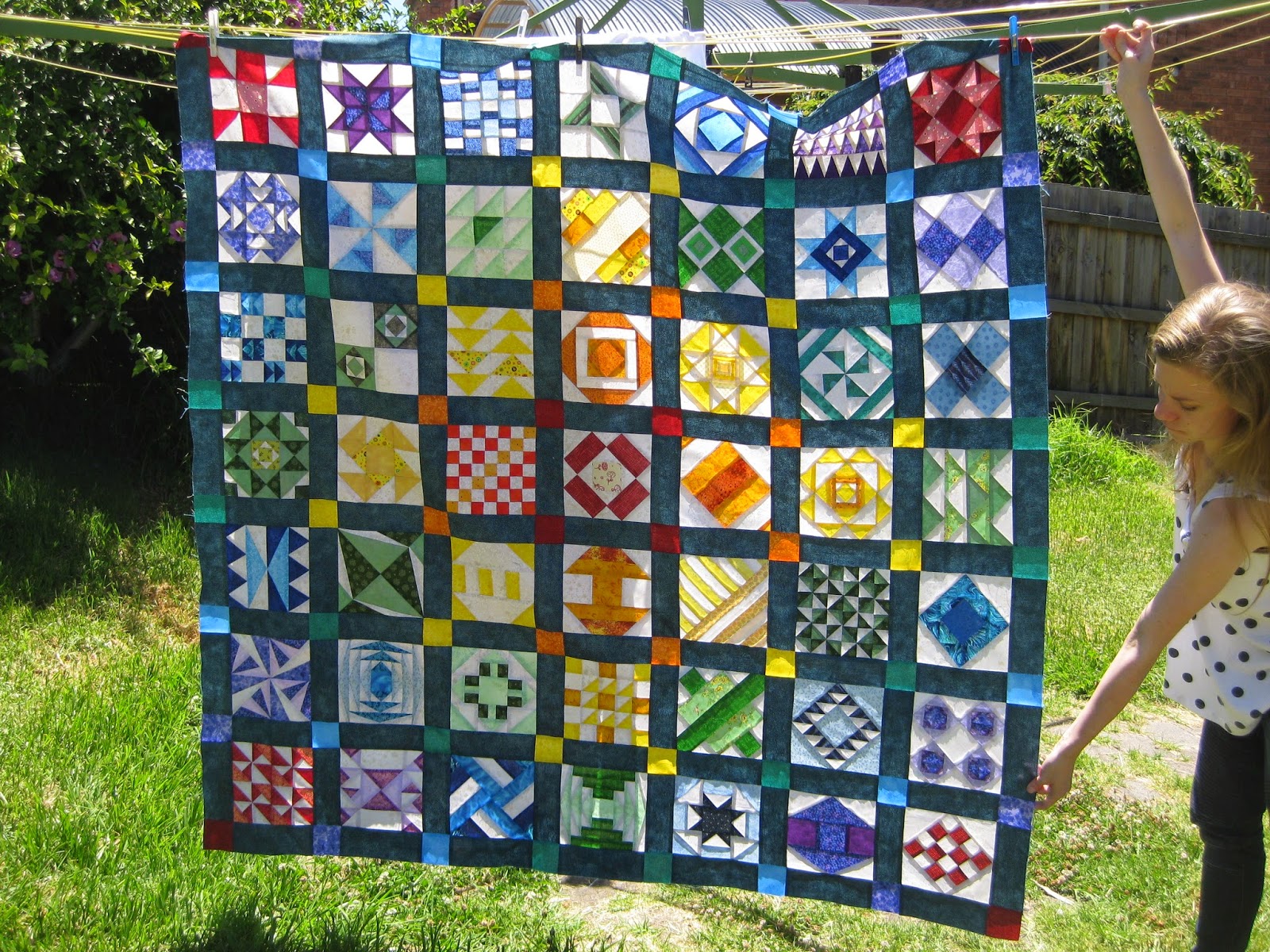 Breezy day here(perfect for clothes drying but not photo taking) but here is the Honour quilt all finished....welll I am not sure about putting another border on so maybe it's almost done. So I am calling this my Rainbow Connection quilt.
Hmm think that the grass needs mowing again!

The last five and a goodbye 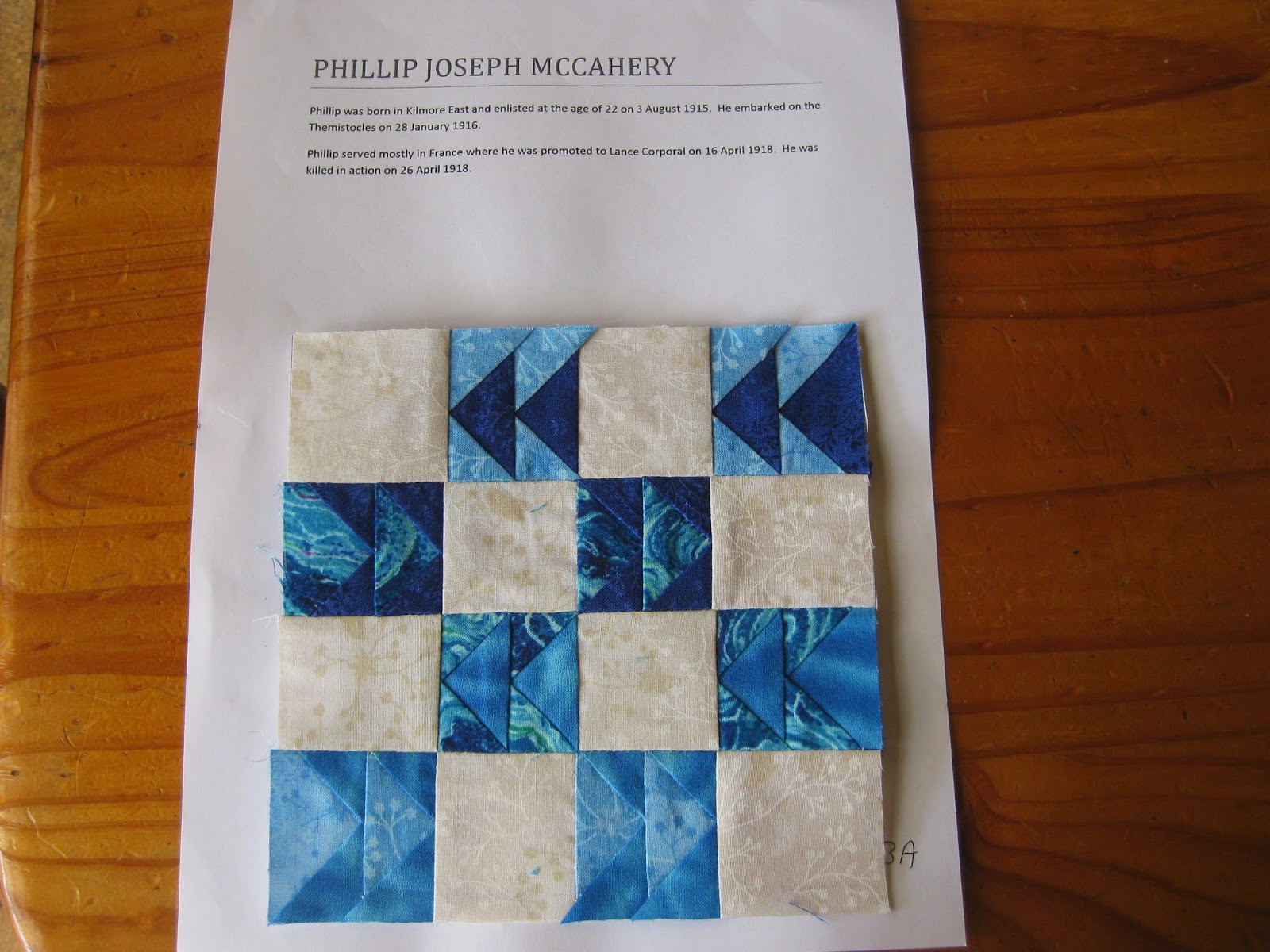 The last five blocks are sewn and now the process of  making it into a quilt begins. Phillip Joseph McCahery killed in action in France 26th April 1918 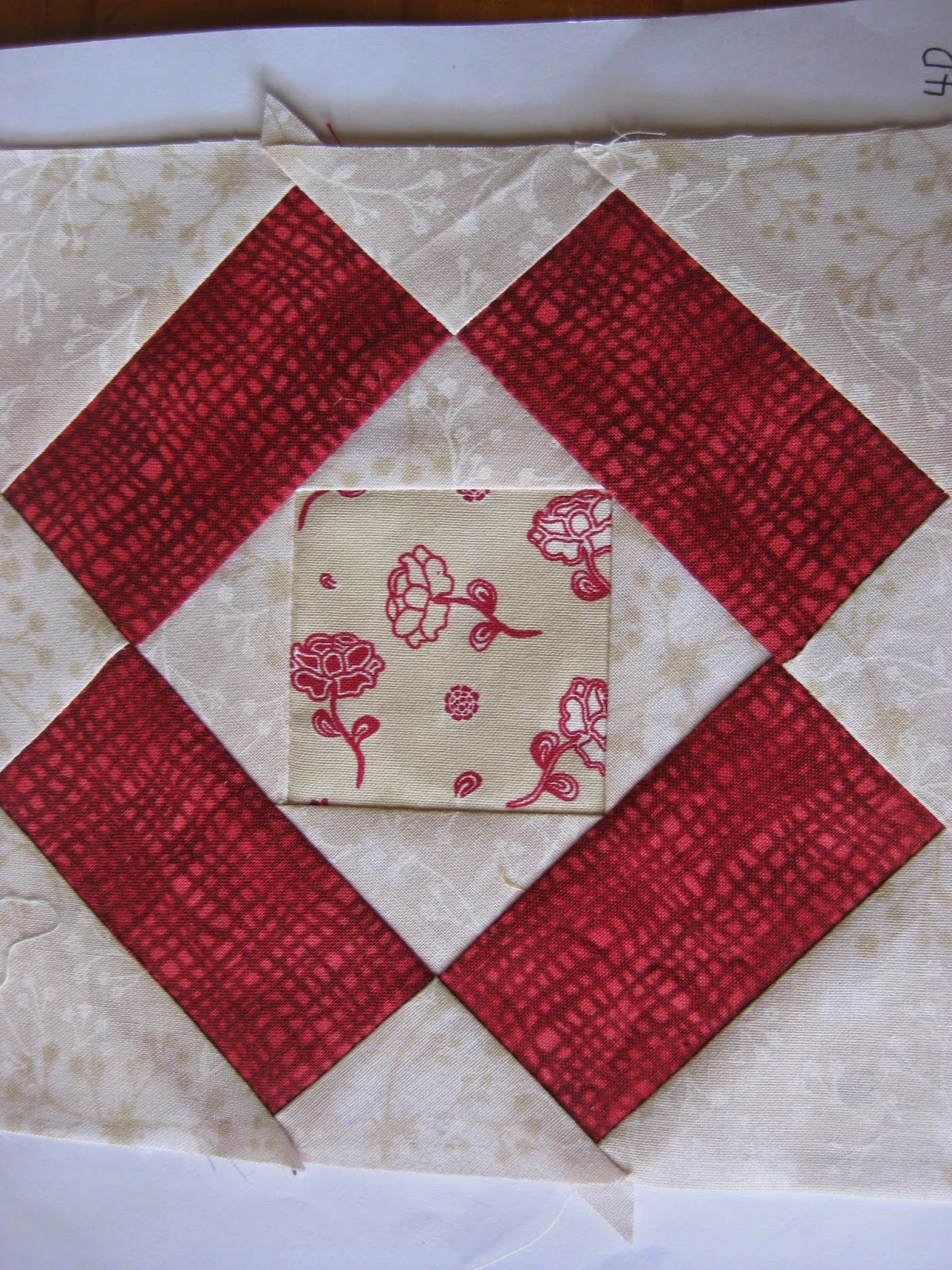 This is the centre block and is for all those other soldiers killed in WW1. 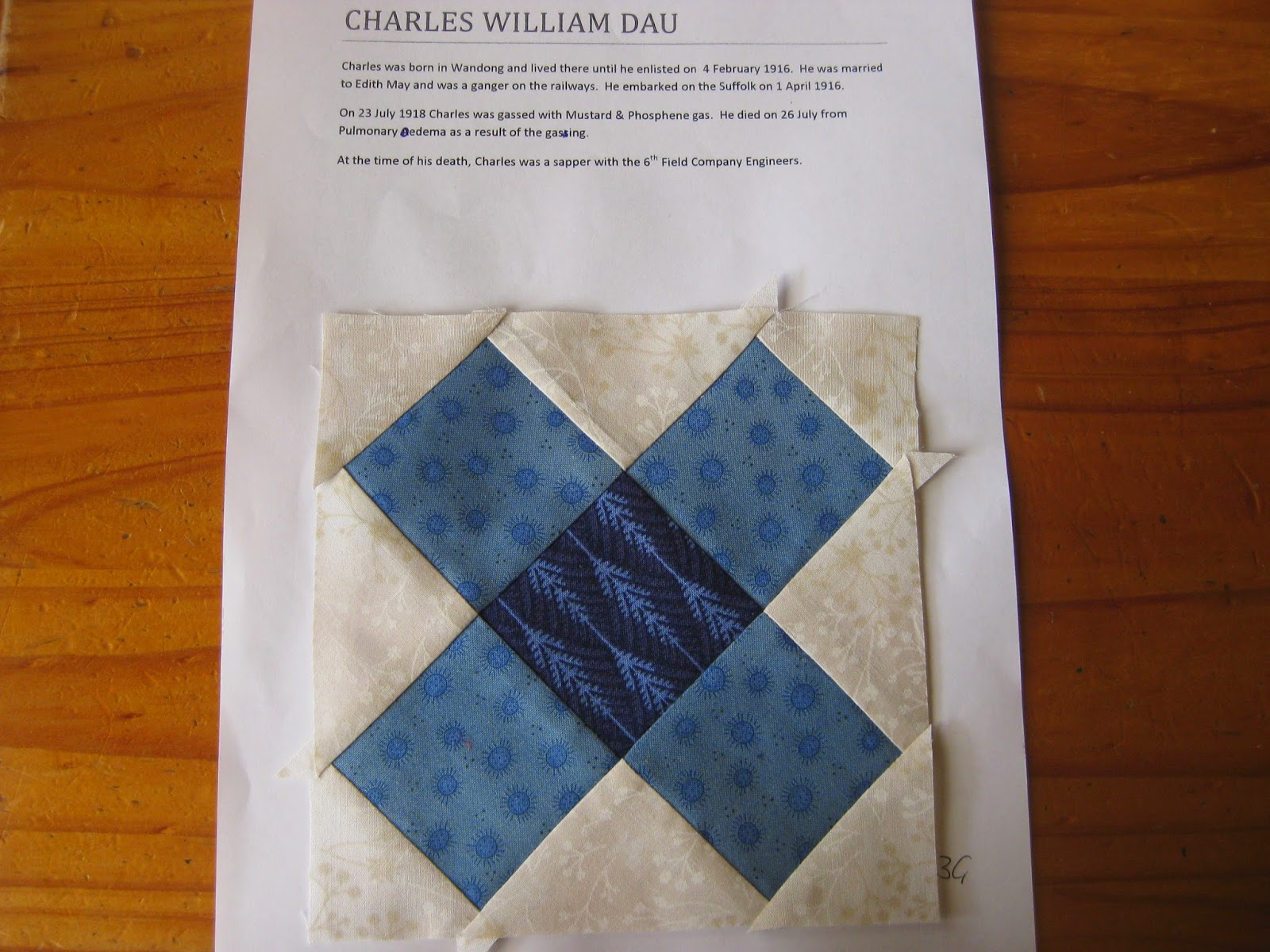 Charles William Dau was gassed with mustard and phosphene gas on 23.7.18 and died following that 3 days later. 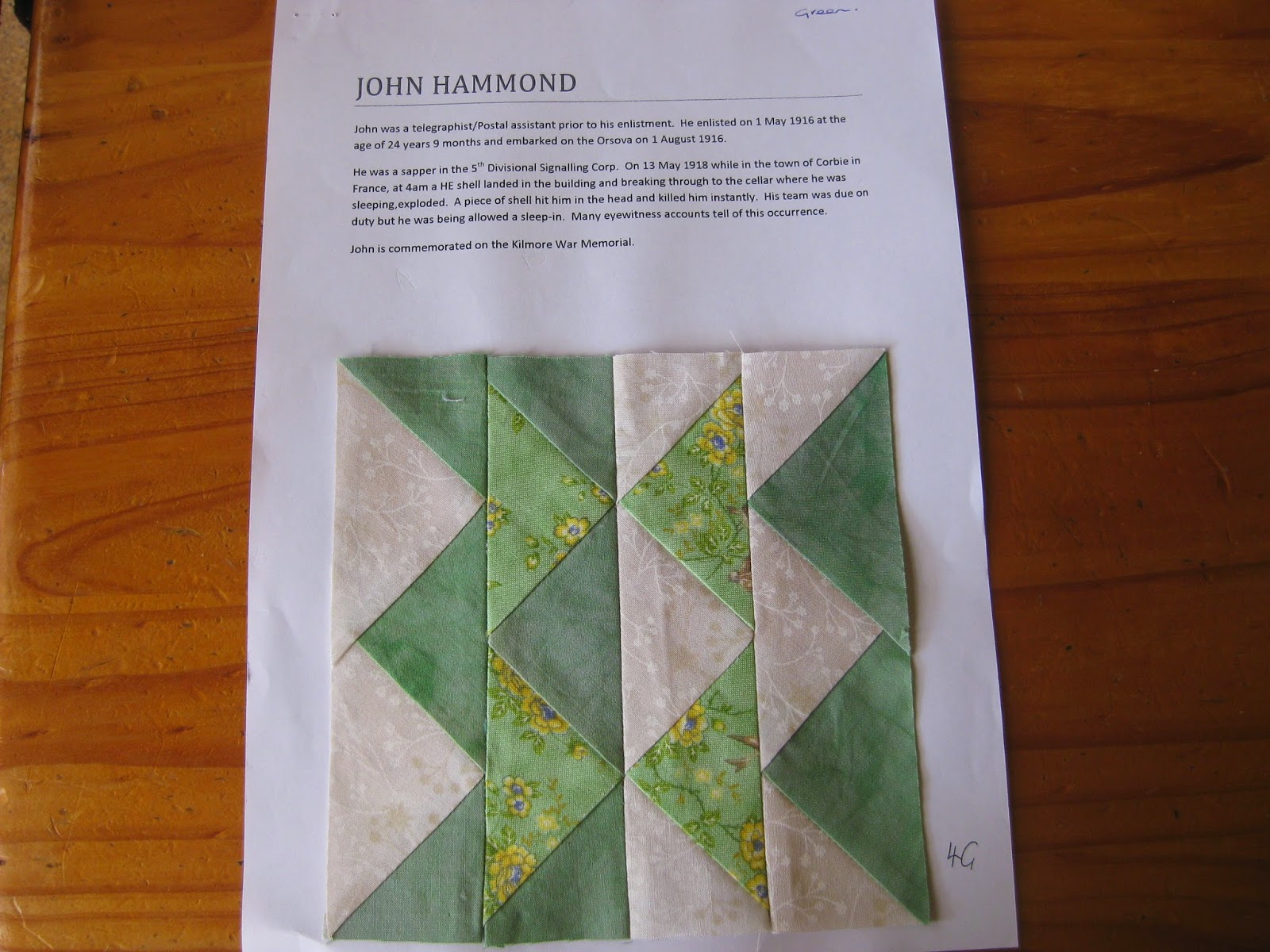 John Hammond has rather a sad story. On 13th May 1918 in Corbie, France, a HE shell landed on the building he was in, broke through the cellar where he was sleeping, and exploded.A piece of shell hit his head killing him instantly. He must have worked hard as his team were on duty but he had been allowed a sleep-in. There were many eye witnesses to tell of this event. 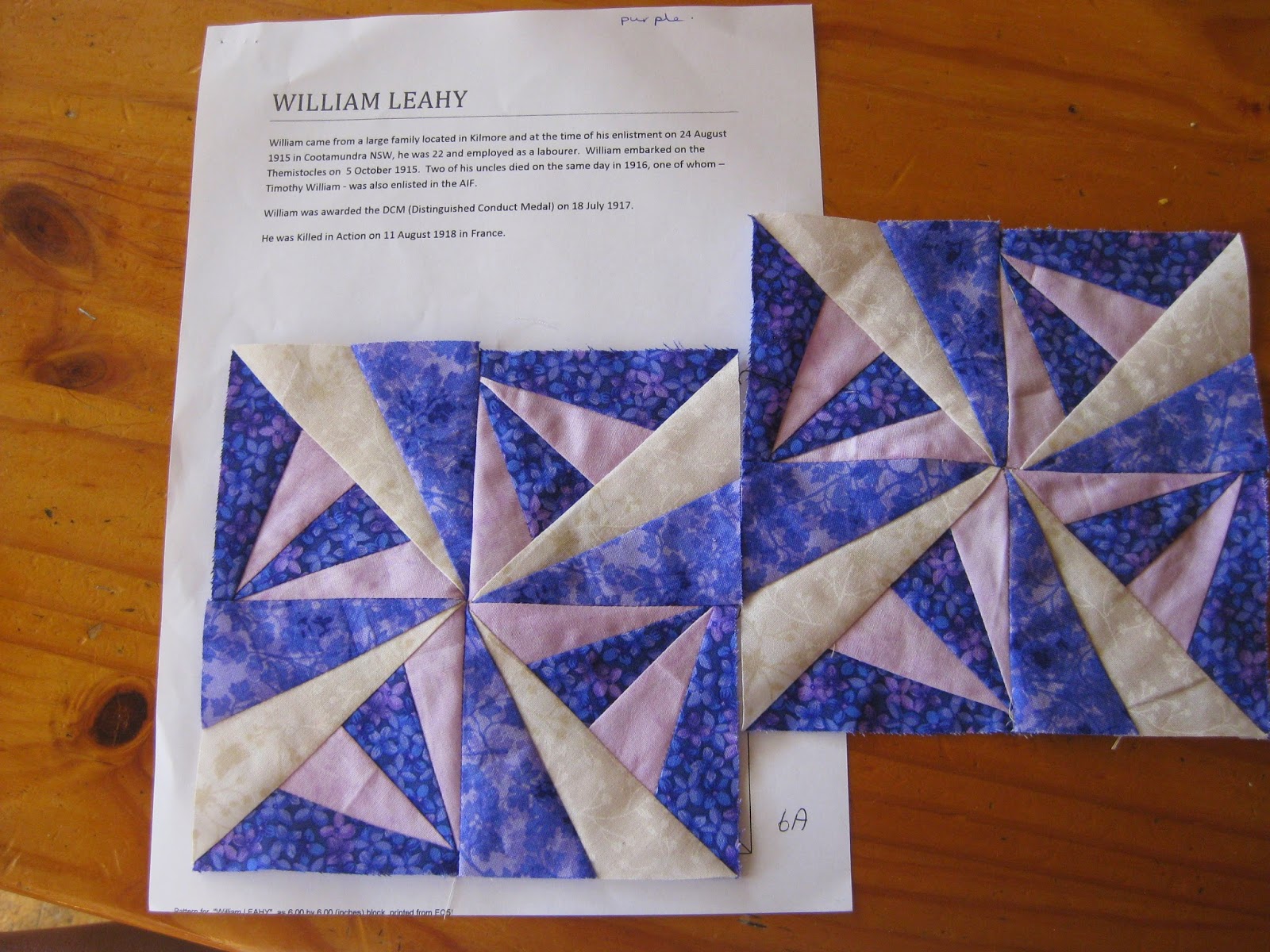 William Leahy was killed in action 11th August 1918 in France. In 1917 he was awarded the DCM( Distinguished Conduct Medal). As you can see I didn't do a good job o my first attempt so had to redo it... the one on the left will be in the quilt.
Many thanks to Maree for taking us on this journey. Many hours of research went into this and it has been so interesting earning a little about the men from Kilmore and it's surrounds. 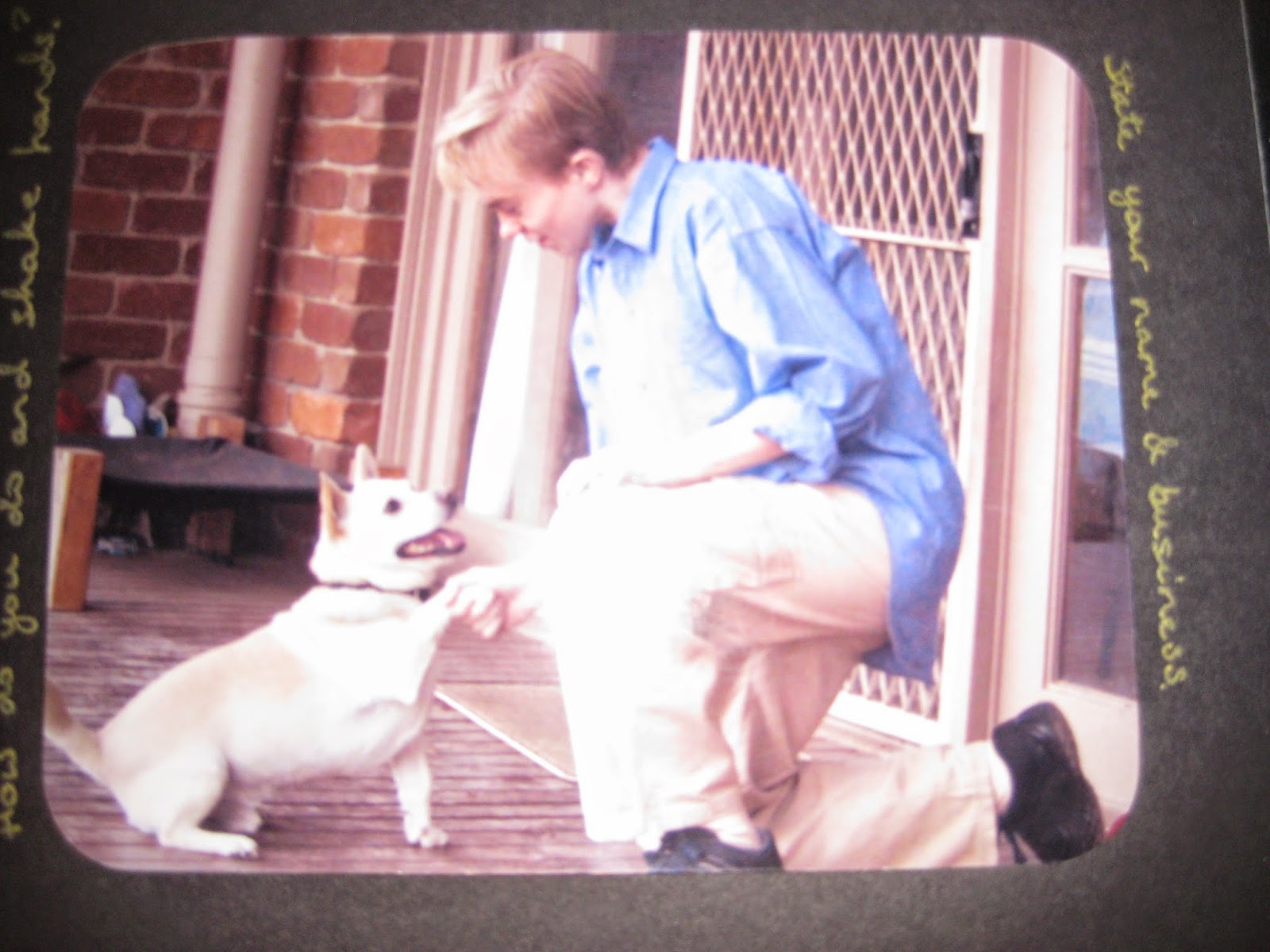 Finally a farewell to the little buddy on the left of this photo. My beautiful boy and his beloved Bayley were reunited in spirit on Friday and are now having a ball playing together. You can see the adoration on both faces. Today Bayley came home and I aim to reunite him physically with DS1 soon. Thanks to Eden Hills for making a sad time easier. 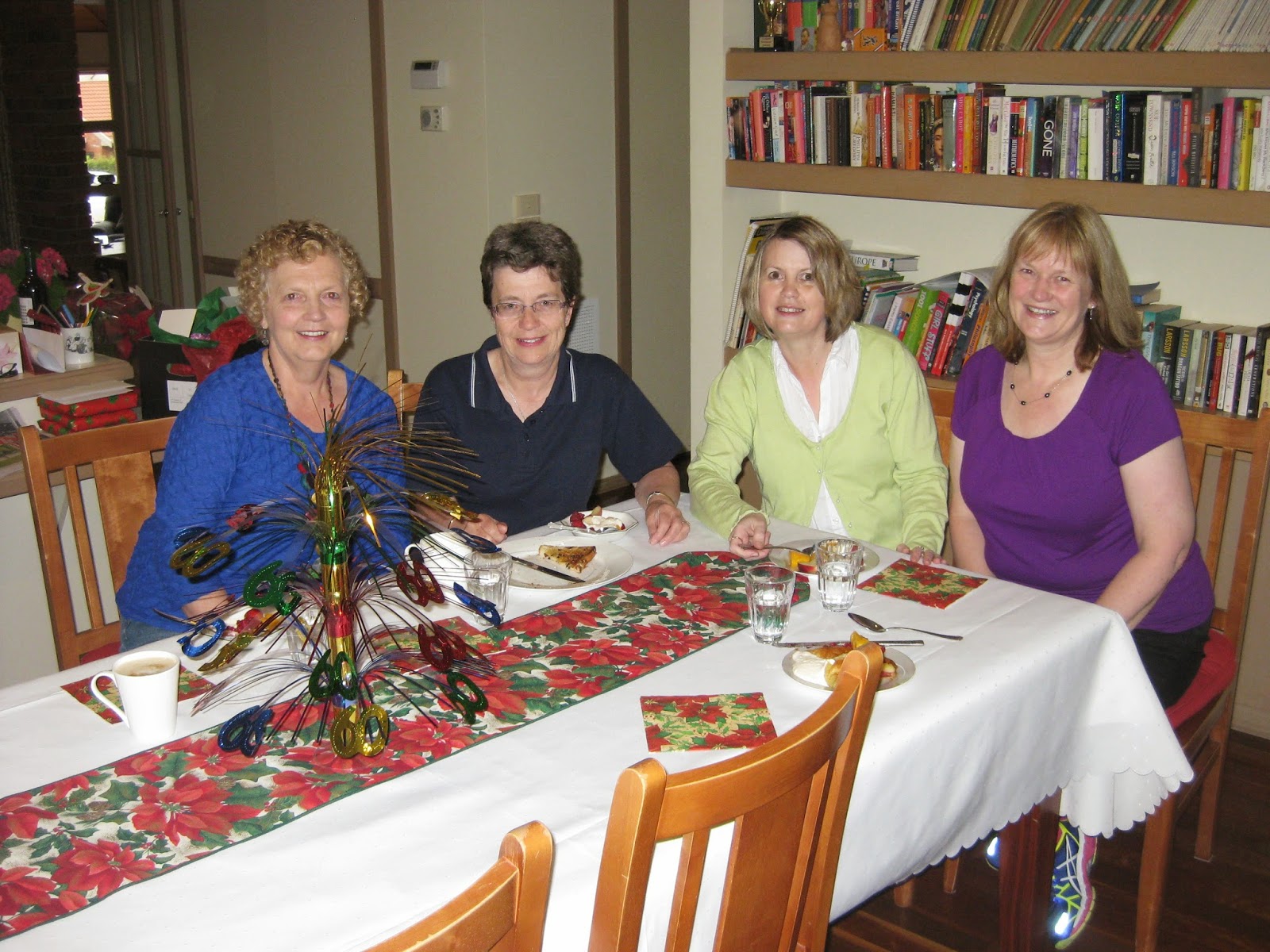 ...from 59 to 60 that is. It all began on Saturday when I was treated to breakfast with Mary, (me) Cathie and Bronwyn. The" tree" in the centre of the table has lots of 60's on it! Great morning all round and I was given a voucher to spoil myself with a massage. Can't wait. I go to breakfast about once a month with these ladies as we have been friends since DD1 was born so 27 years. 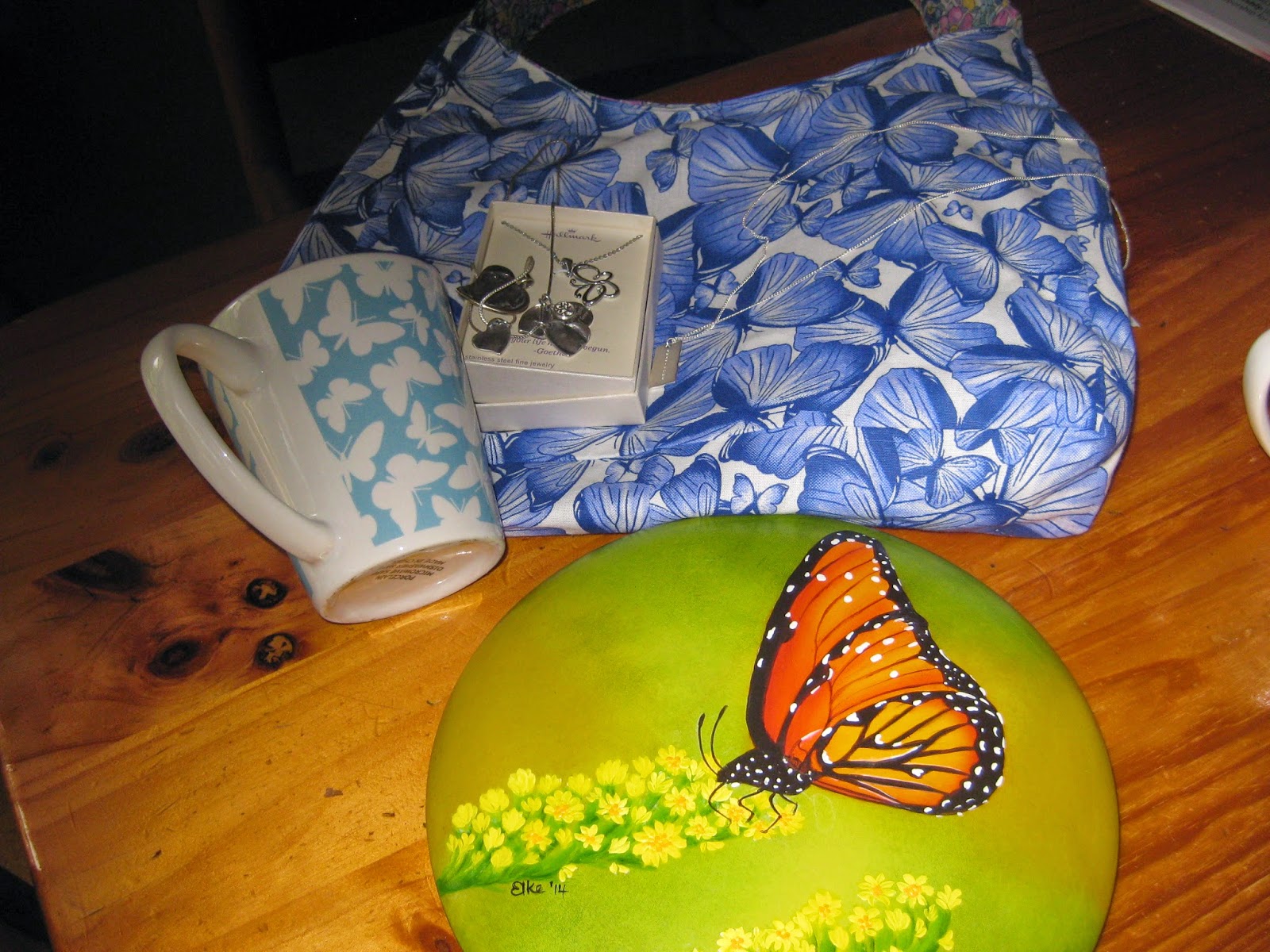 Today (9th) is actually my big day and I have been spoilt. The lovely butterfly in the front was painted by my beautiful boss and inside was a "Gratitude" necklace. The bag was made by a friend, the mug is one of four and from my aunt and uncle, and the butterfly necklace is from another friend. Do you sense a theme? 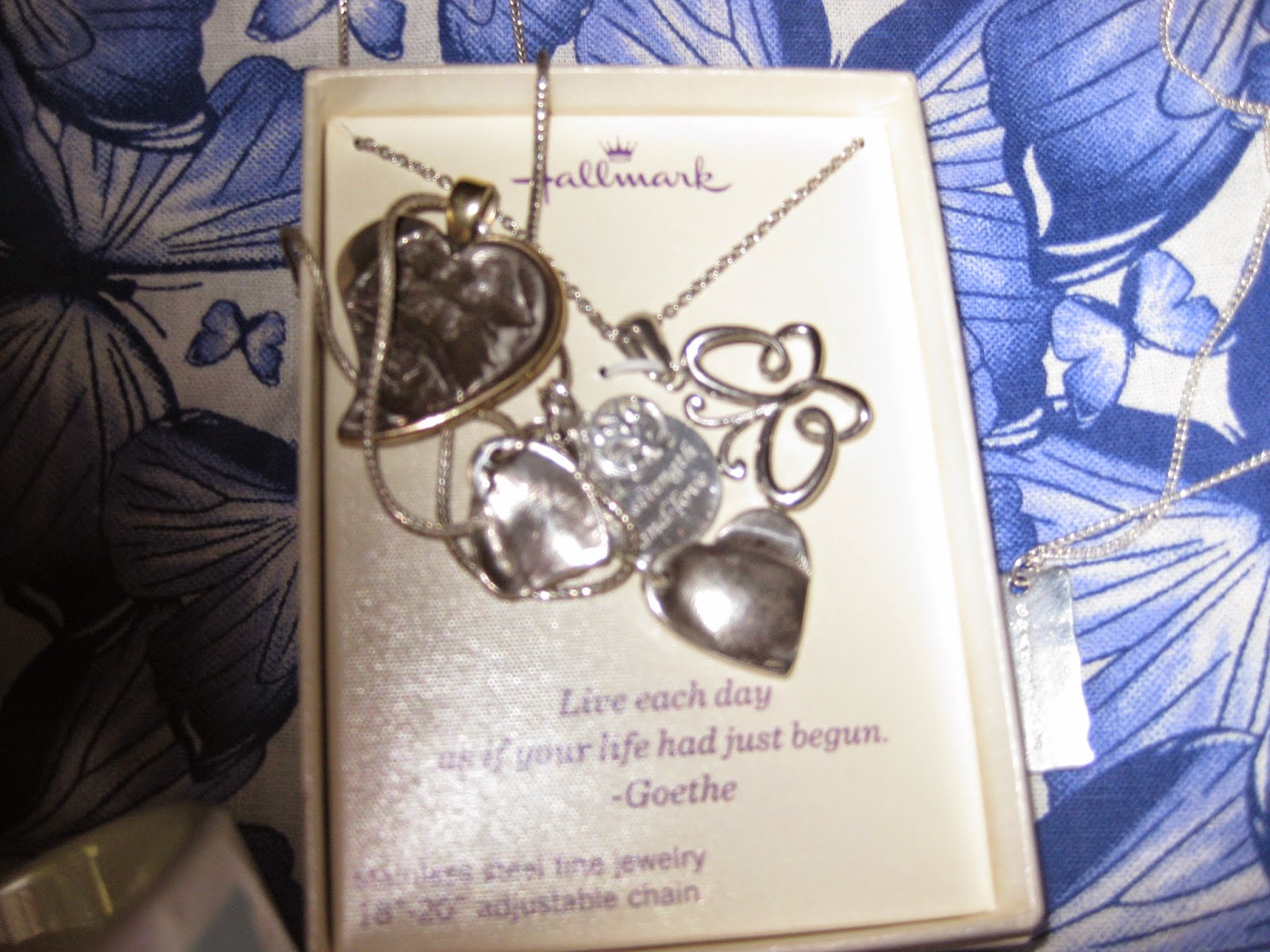 Here is a close up of the necklaces.... I had the big heart and one small heart (DS1 and DD1 fingerprints) and was given DD2and DS 2's this year so now all my children are even closer to my heart. A friend who also is a work colleague gave me the small tree of life with circle (sorry bad photos) which says "family is a circle of strength and love" So true. Don't you love the saying under the bling... Live each day as if your life had just begun. Worth keeping in mind especially for me.

Feel very spoilt as I have said and I have to remember that it is just a number and it is just a small leap and not a big one. Mind you I did say when I got to 50 I was counting backwards so today I am the grand old age of 40!!!