One Block Wonder is done! 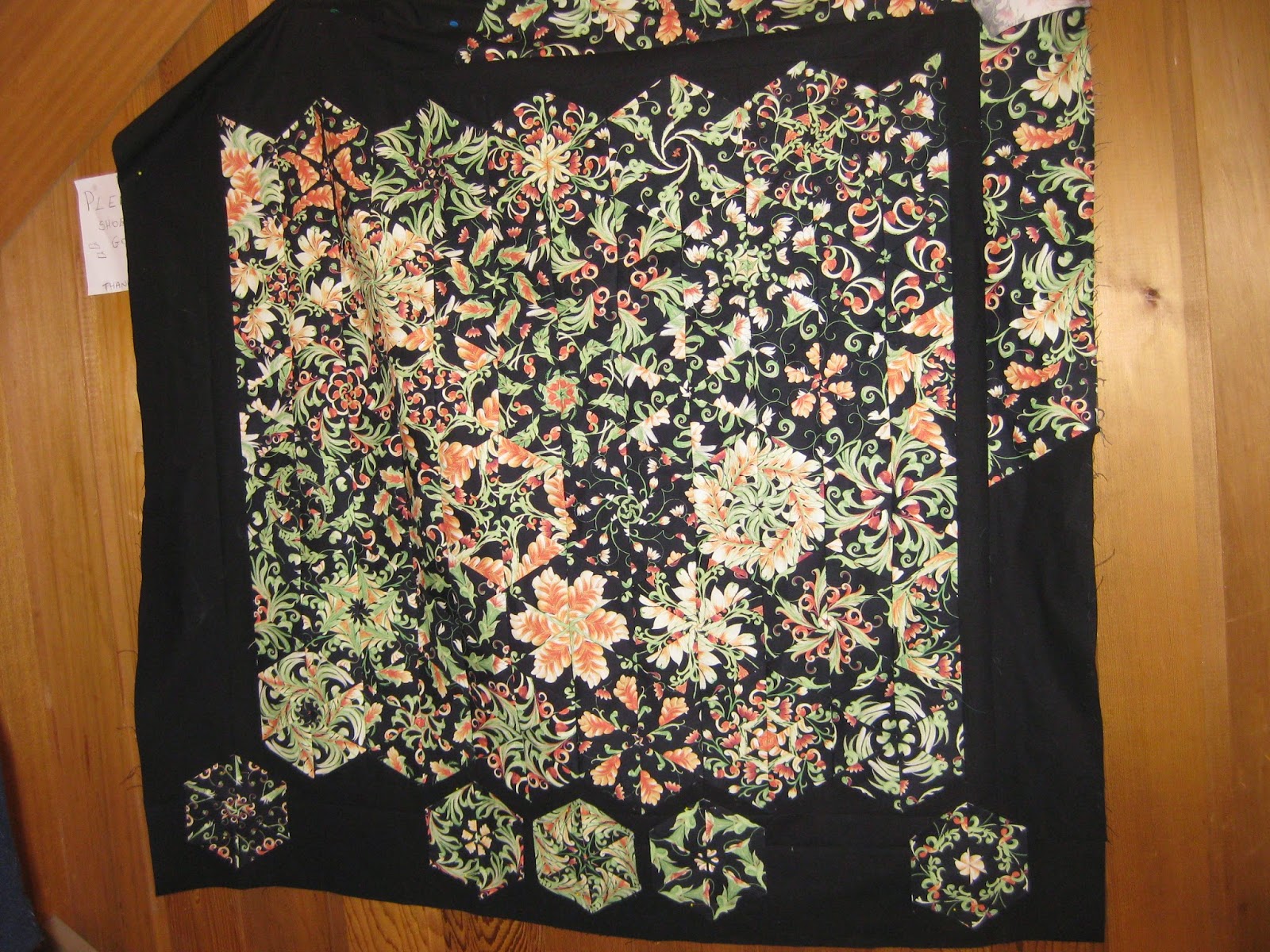 Having seen a few of these finished I thought I had better get my act together and do mine. Two days later and it is complete. I love the overall in your face look and wanted to add the original fabric to the edge. I also wanted straight edges. You can see how that turned out. I did make some half hexies to fill in on the side edges but went with triangles for the top. Of course after it was all together I realised that by doing that I could have used the five remaining ones in the quilt! I then had a brain ?wave?blitz ?thunk and cut down the leftovers and appliqued them on the edge.
I aim to quilt it myself (eeekkkk) but think as it's small I should manage.
Hope everyone is enjoying today's sunshine in Melbourne.

I have been practising... plus Sept Honour blocks. 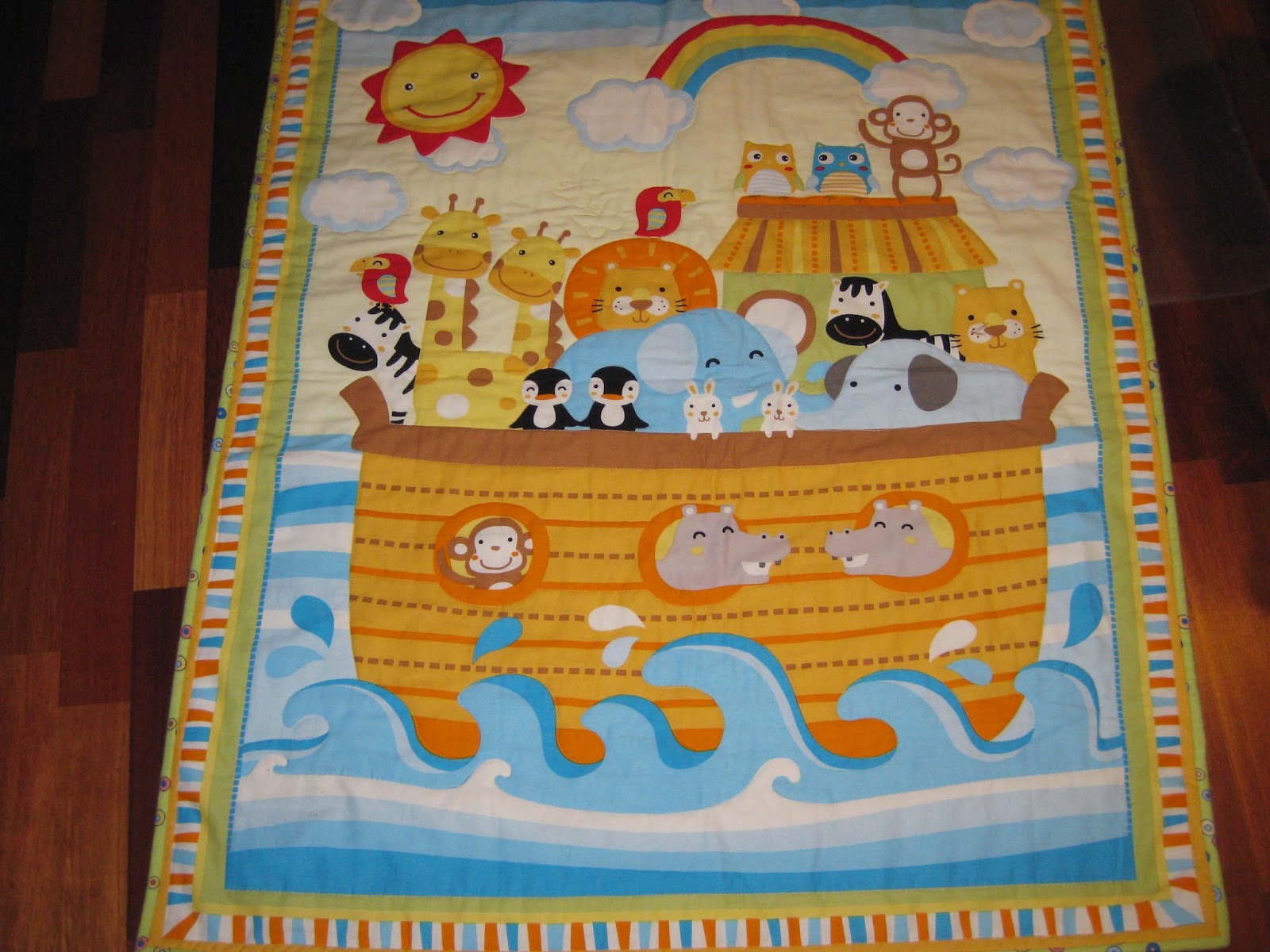 I have been doing some free motion quilting and despite still a long way to go I can see some improvement. A foot that doesn't bounce is a big help! This is a panel that I did a bit on for some friend's first grandson...  so Jackson can roll around on Noah's Ark. 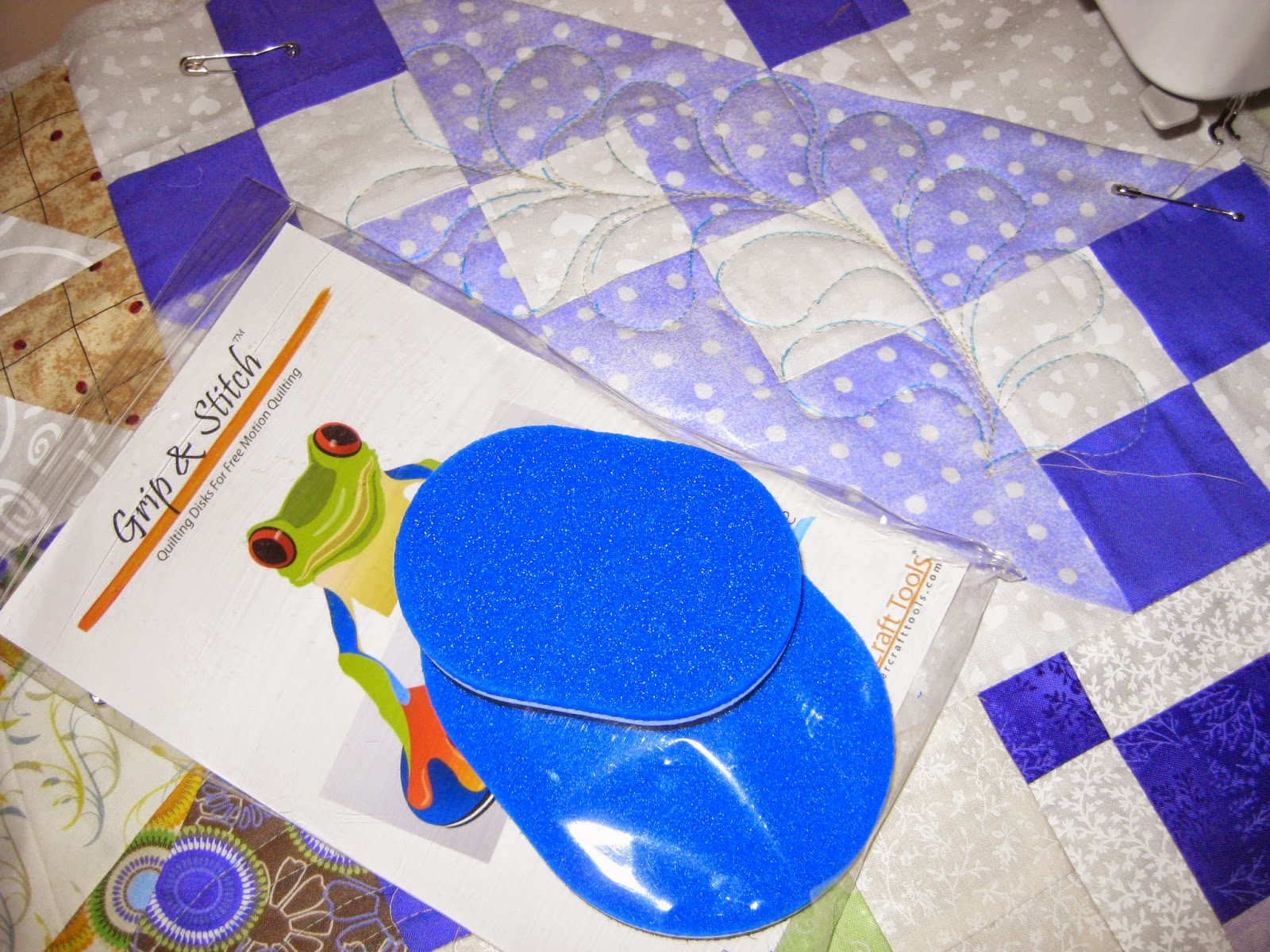 On an excursion to Patchwork Tea House I bought the grip and stitch "thingies" you can see here. I thought they were much bigger and harder plastic. Not so... they are very easy to use, comfortable and when you have to re-thread a needle or pull up the thread there is no need to take off gloves so for that alone they are worth it. They are sitting on a Blanket of Love and if you squizz hard enough you can see the feather that I quilted on it. I must admit to a cheat. My lovely quilter, Leanne, lent me  a stencil and I marked that on the top and off I went. I am really pleased with the way it looks. Not so sure I will ever be able to do them without a stencil though! 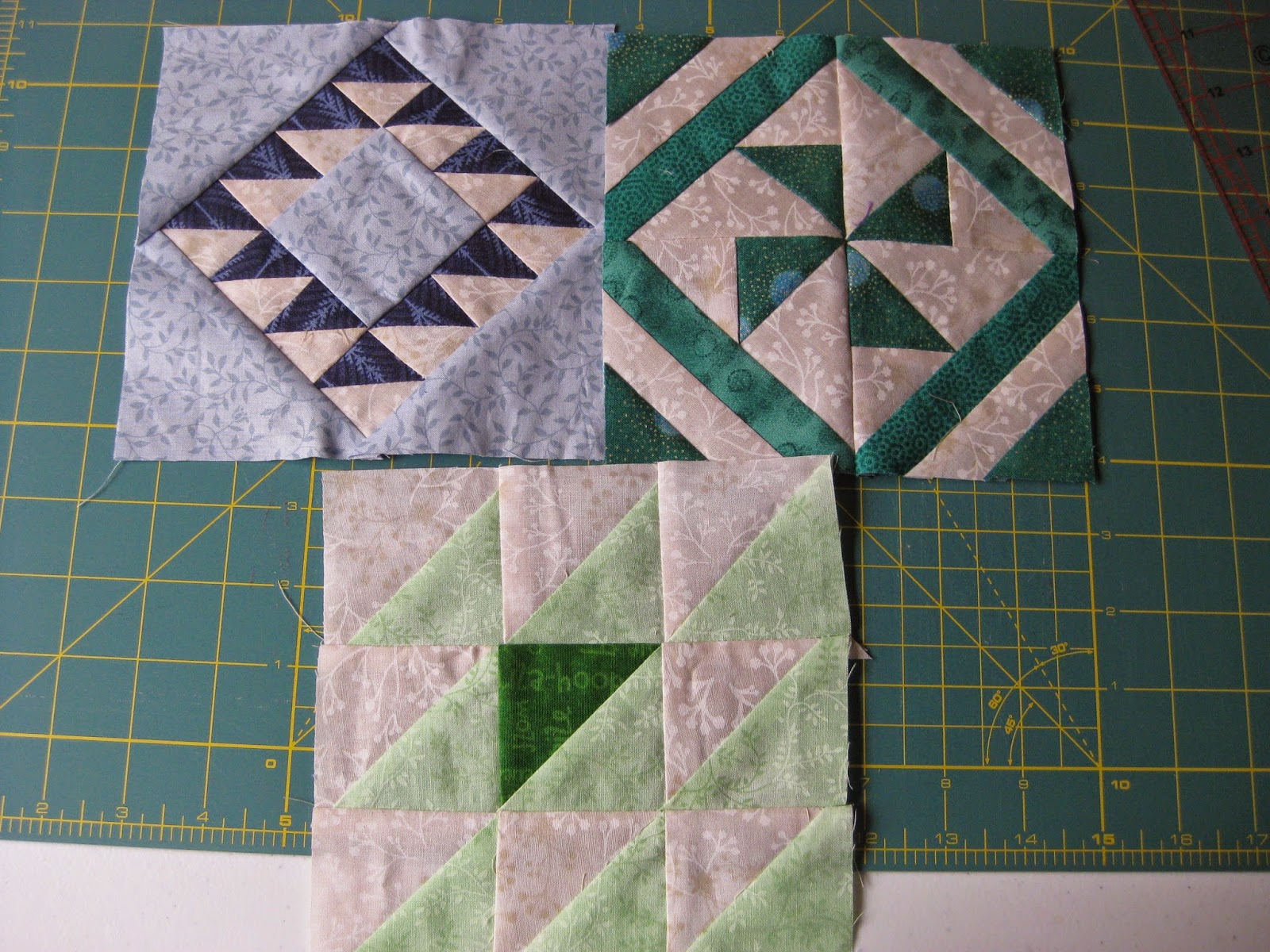 Now to September's Honour blocks.( TL) Albert Joseph Pattinson, wounded at Paschendaele and died of those wounds in Sept 1917.
(TR) William Foster Cheeswright, proved difficult as there were different spellings of his name.. Cheesewright, Cheeswright and on his mother's tomb as Cheswright.He was killed in action Sept 1917. (Bottom) Francis O'Dwyer was a student at Chateau Tabilk when he enlisted aged 21. He spent time in France and then was sent to Belgium where he was killed in action Oct 1917 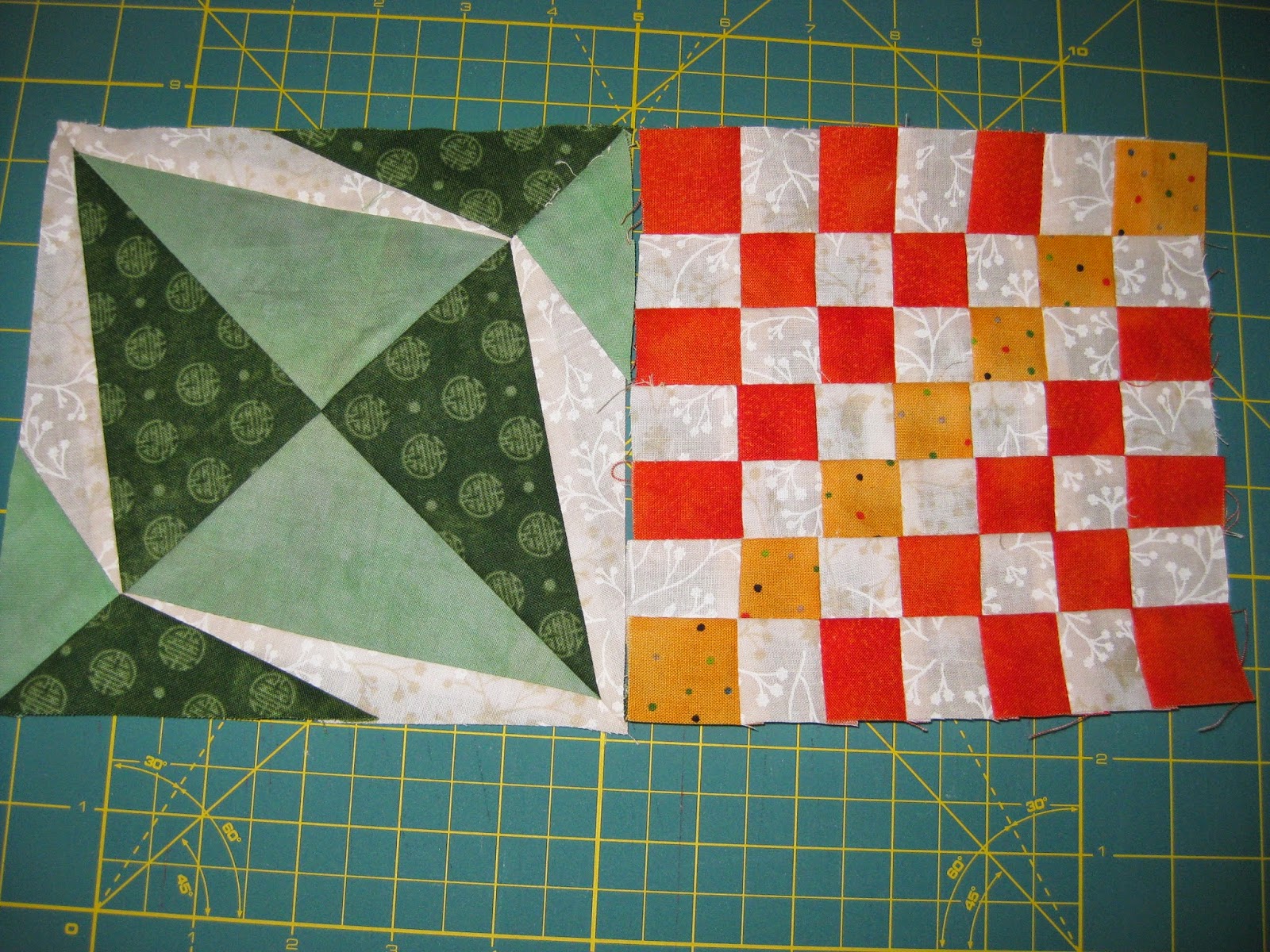 (Left) Herbert Thomas Skehan  was killed in Polygon Wood Belgium by a shell and buried by his men in a nearby shell hole. ( note that this sounds like Jim Freyne from last month's blocks. See the comment left by Ed , a relative of Jim's. Thanks for the info Ed)
( Right) James Joseph Cantwell enlisted, went AWOL from Oct 1915 to April 1916. The reason for his absence was later known because he returned home and his parents refused to allow him to return to camp as they had not consented to his enlistment. He later re-enlisted using his first and last name (no middle name) and it was discovered he had enlisted earlier.That stood! He was killed at Monte Brehain in France Oct 1918. I am amazed at the information we are getting about these men and still I am honoured to be making this quilt. I do have a special place for it to go to when it is finished and that will be to honour someone special.

Enjoy the sunshine that is shining over Melbourne at the moment.