More Honour blocks and a butterfly or two! 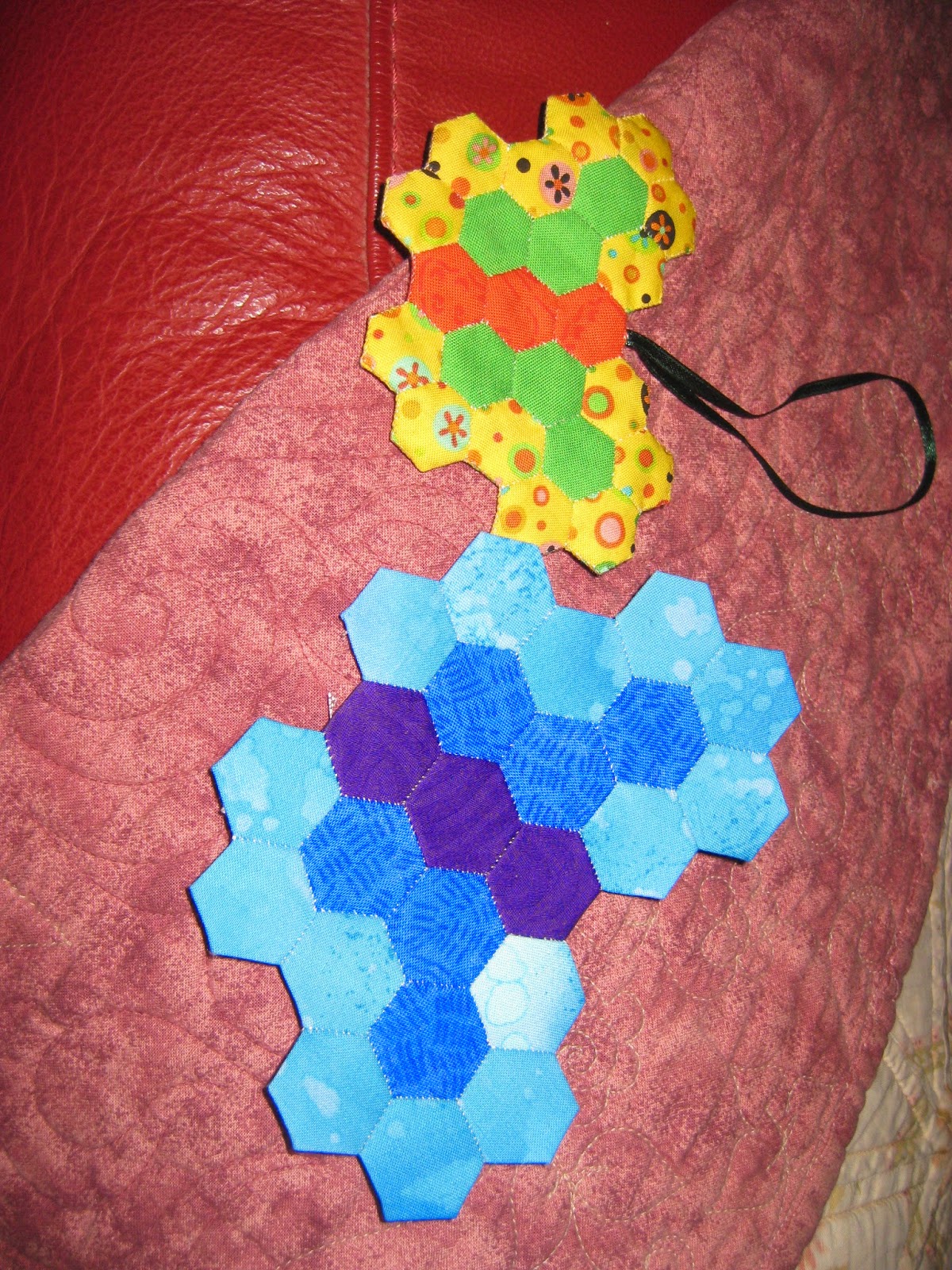 After making a 1/2" hexie butterfly I wanted to go smaller.. so the yellow one is a 3/8" double sided one. Still have to try one with 1/4" hexies. Think I might get very sore fingers! 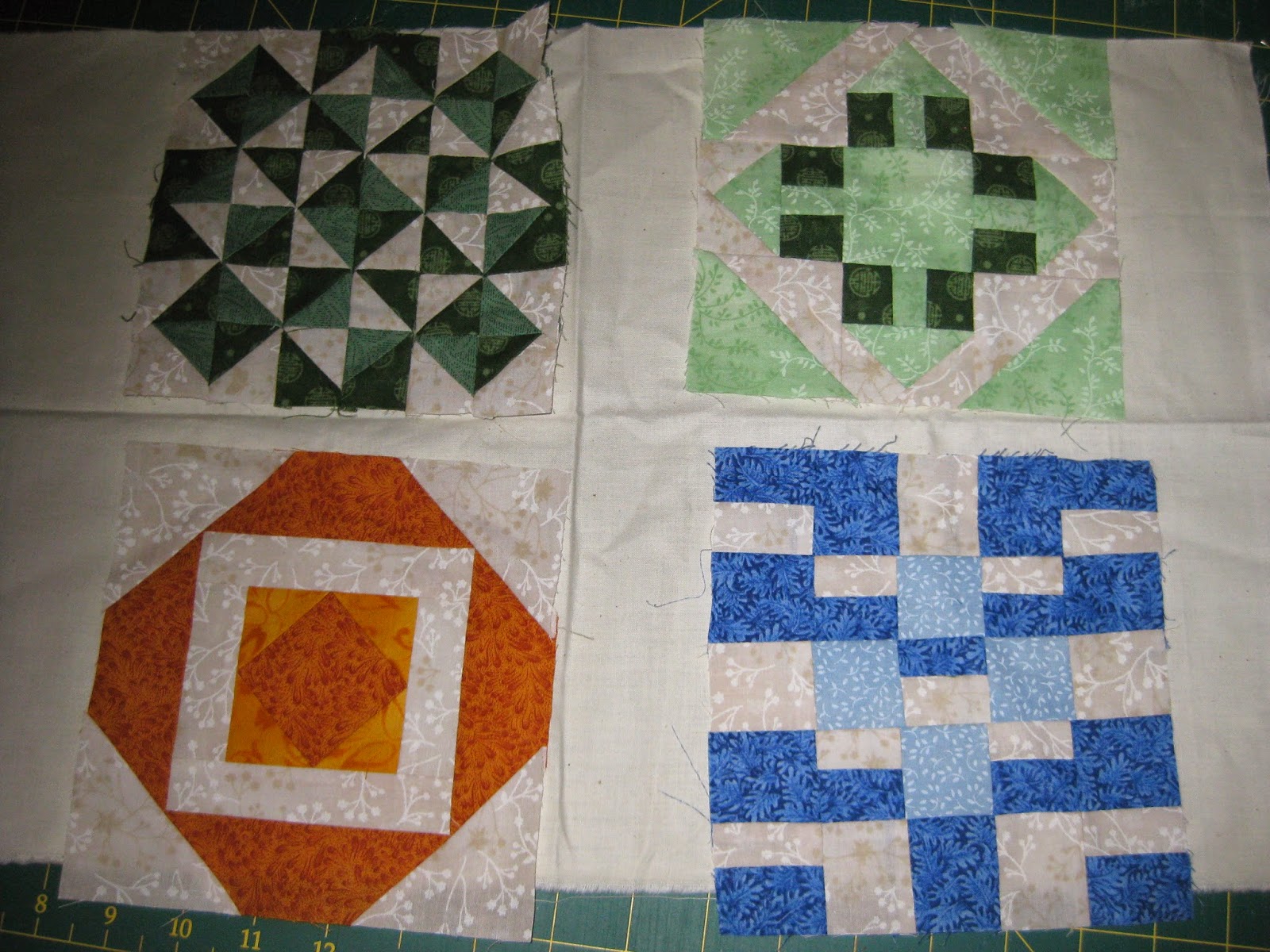 These are the May Honour quilt blocks.top left William Bernard Biene (18 yrs old) top rightEdward John Rule, bottom left Charles Wyndham Thomas (27yrs old) and  bottom right Thomas de Courcy Meade. 3 out of the four died on 25th July which is a memorable day for us as DD1 was born on that date. 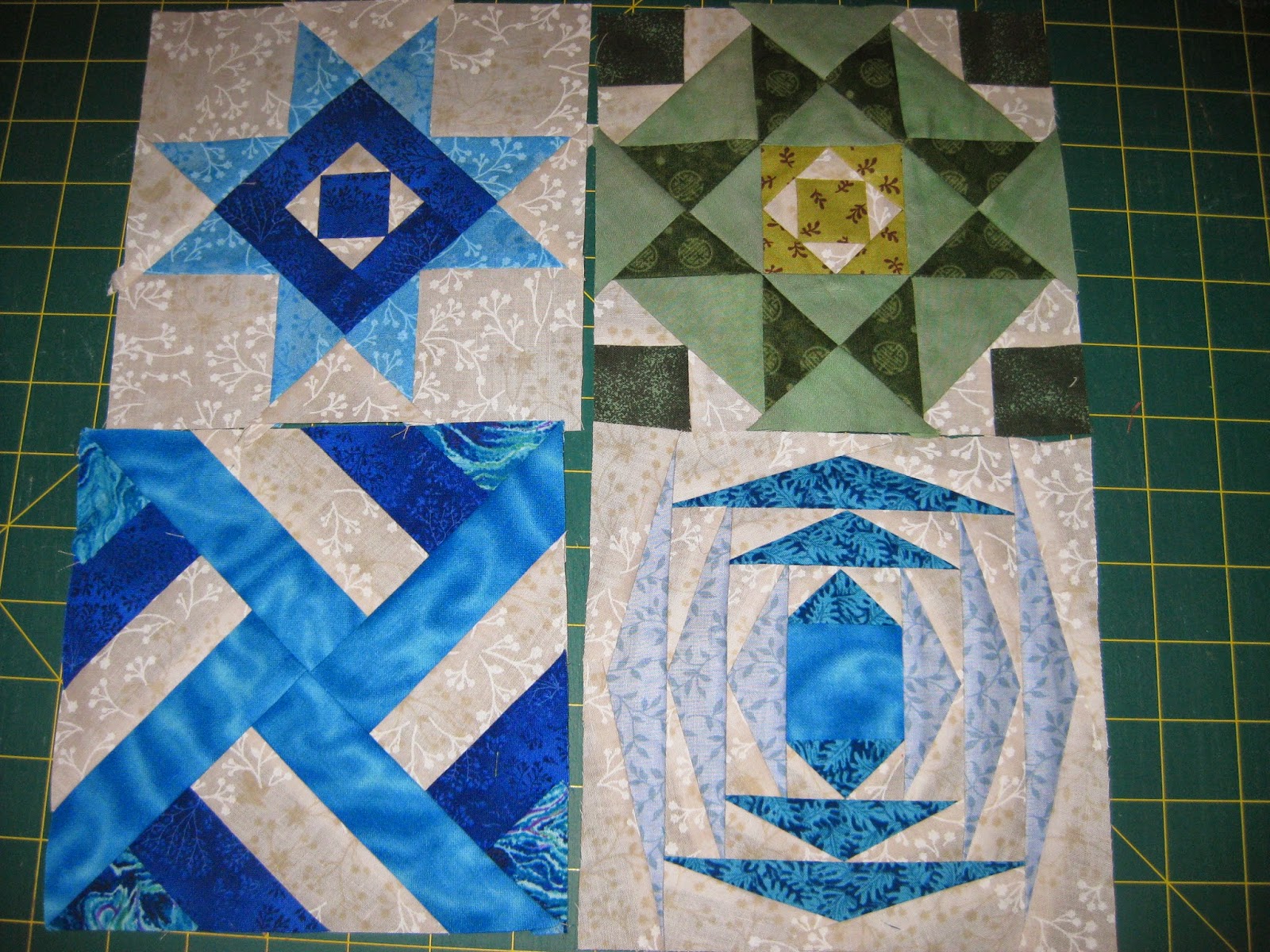 Here are the ones we were given last Wednesday. I spent all weekend sewing these, although easy the bottom right was very time consuming. Like it though. Top left John Clifford Bowers , top right William Brown. His brother Ernest has a block that has already been made. There was another brother, Frank that also enlisted but I don't know if he survived or not. Bottom left Albert Edward Knight and bottom right James Noble Robinson. A circular filled in by his brother in the early 1920's it was noted that James was 33 yrs 364 days old so he died the day before his 34th birthday.
This makes 20 blocks so far out of 49 so it is almost half way done.
Happy Monday everyone.(It is Monday in Australia)

A bit of this and that.. 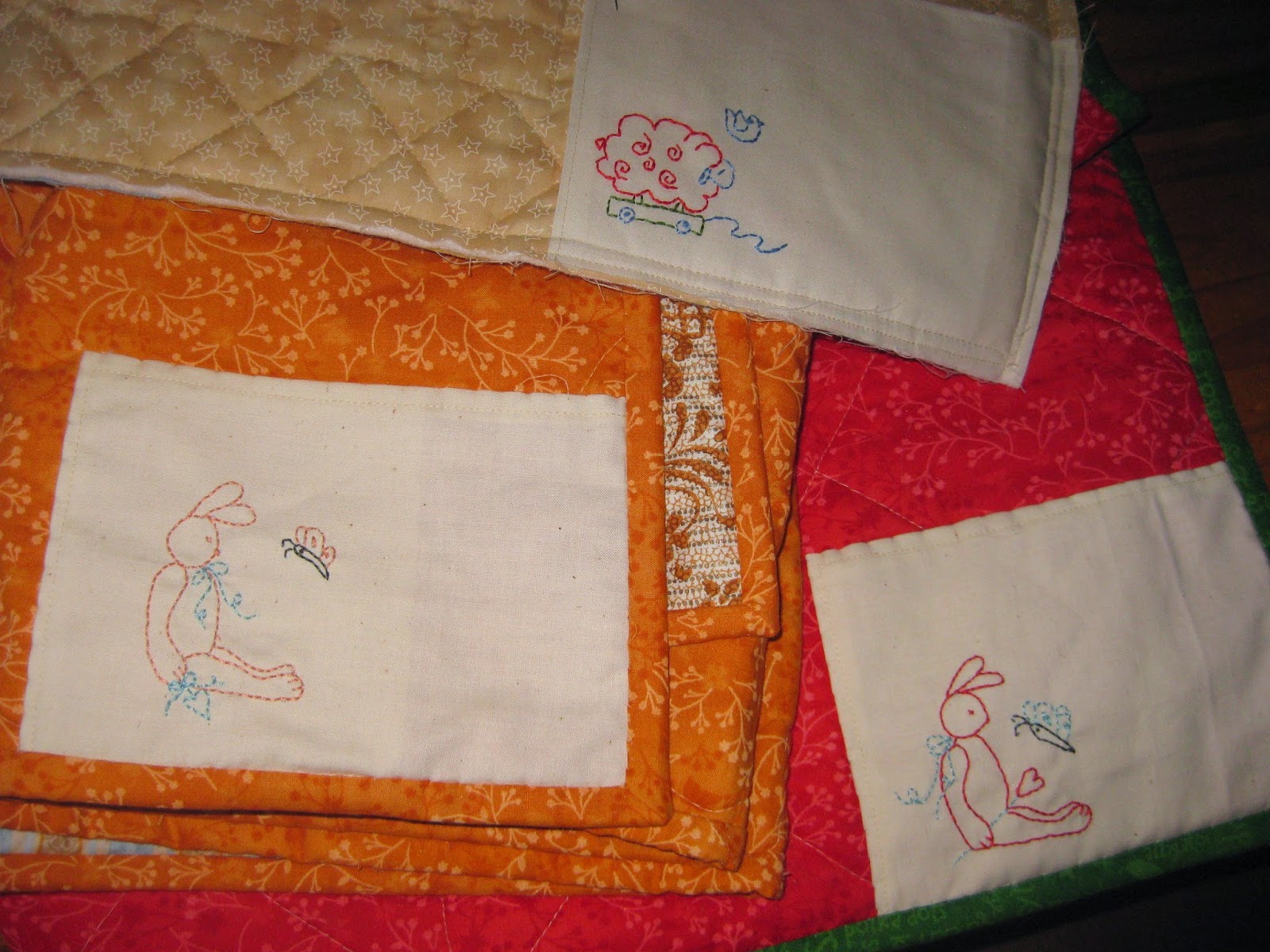 Last Wednesday the twin girls that we expected(DH's niece) arrived so I was able to add their names to the labels. The red bunny is for Charlotte and the orange bunny is for Emma. All finished and ready to be delivered. The red sheep label is on...... 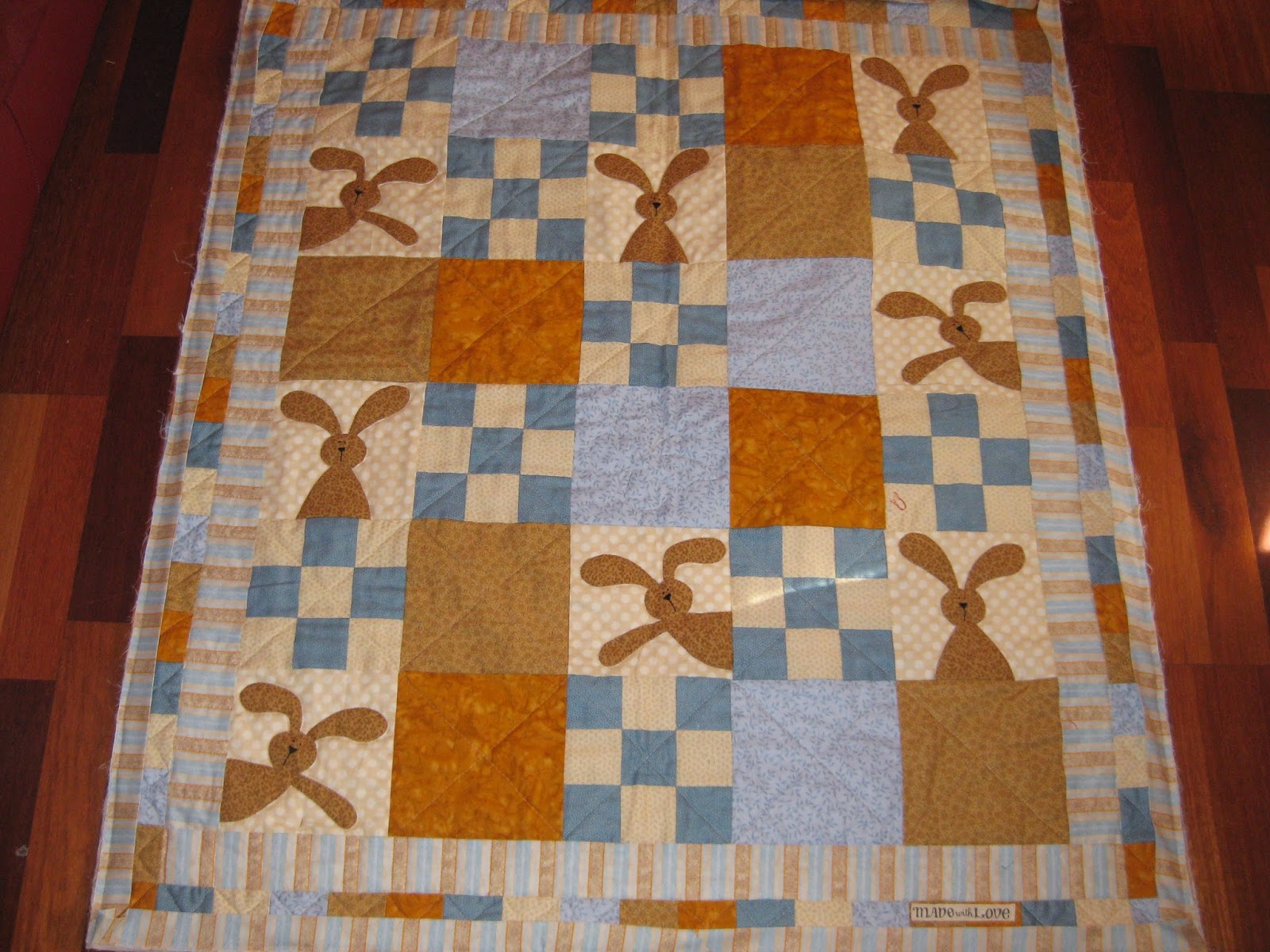 ...this quilt. I saw the pattern on the internet, it's called "Peek a boo bunny" by Natalie Bird, and I so wanted to get it but thought that I had no real need for it. Boo hoo. I spoke to my MIL and she told me that one of DH's nephews is going to be a dad again in Sept. The pattern was ordered so darn fast. Isn't it cute?? I love it and think that it will be used again. 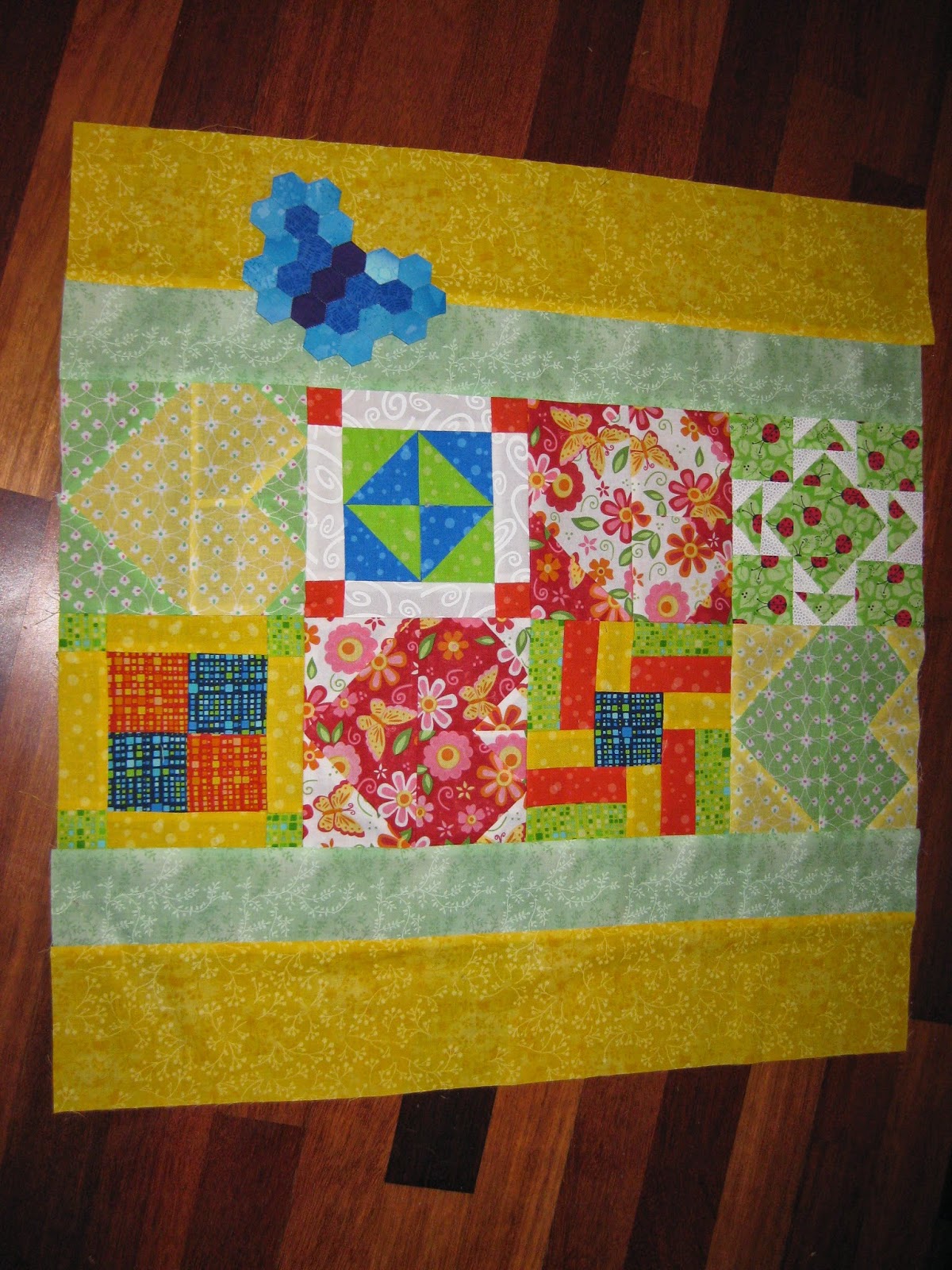 Once again my camera has been nasty to me. This is a side on view of a Blanket of Love that I am working on. The 8 6" blocks are from the QBSA (as you can see there are 4 hearts) and I added the borders to make it big enough. The small hexie butterfly is one that Jo from ButterZ blog spot told me about. I used 1/2" hexies but I really want to try some in 1/4 " ones. As Jo said they will make great additions to labels.

Hope all of us in Australia have a great long weekend, enjoy cos we don't get another one till that horse race!